Ben Cohen on the cover of gay magazine

Share All sharing options for: Ben Cohen on the cover of gay magazine 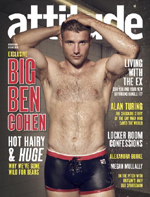 Count me among those who isn't in lovew with Ben Cohen, but he is a consistent favorite with Outsports readers, as evidenced by his continual success in the King of the Hardwood contest. This month Cohen follows fellow rugger Nick Youngquest posing in next-to-nothing on the cover of Attitude, a gay men's magazine in the UK. No big shocker here: Cohen has been incredibly gay-positive in the last few years, even throwing a fan appreciation party strictly for his gay fans!

Still, plenty of gay men will enjoy the new pics of Cohen. We have a larger version of the cover and one underwear pic after the jump. 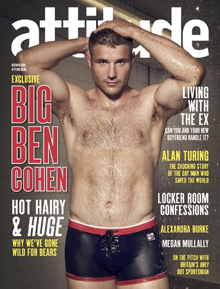 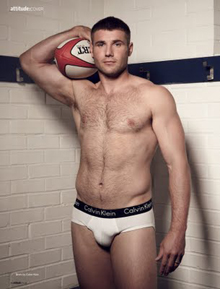