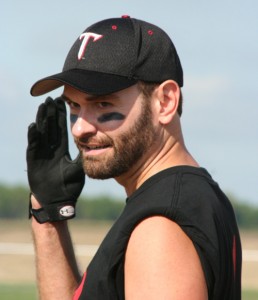 The results are in from the Gay Softball World Series, and the winners are . . .

Interesting little tidbit from the B-Division. Because it's double-elimination, the Cruisers and Crush had to play one another three of the last four games; The Crush took the first, sending the Cougars to the losers bracket, then they took out the Crush twice in a row.

Read our blog entries from the GSWS here.