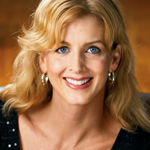 Details magazine has a fantastic story about a former high school quarterback who is now a lesbian filmmaker. Kimberly Reed was Paul McKerrow in high school: Starting quarterback and valedictorian in Helena, Montana.

Beneath the surface of Paul's seemingly placid Rocky Mountain life was the feeling that, though he was attracted to girls, he wasn't anything like a boy and had never been. In the rural West, this can't have been a frequently encountered complaint, this discomfort with one's sex, and Kim refers to Renee Richards, the 1970s transgender tennis pro (born Richard Raskind), as one of the few public examples of sexual reassignment that she knew anything about. Faced with so much uncertainty, so much discomfort, Paul did assume the one kind of drag, the one kind of masquerade that would loft him above scrutiny in the matter of gender. Paul joined the high-school football team.

Reed returned to Helena for her 20th reunion in 2005 and is releasing a film next month called Prodigal Sons about her family (she has two brothers) and her journey. I can't wait!