Olympic skating berths given to men at nationals

Share All sharing options for: Olympic skating berths given to men at nationals 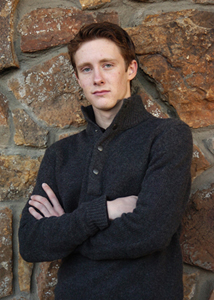 The men’s portion of the U.S. National Figure Skating Championships concluded in Spokane today with fierce drama but without any major upsets or surprises.

With Abbott (above), Lysacek and Weir named to the U.S. Olympic Team, we Americans should have quite a bit to look forward to in Vancouver. Here’s the rundown.

Jeremy Abbott skated a flawless short program followed by what will undoubtedly go down as the defining performance his skating career in the free program. A perfect quad toe loop off the top of the program set the tone for what was to be an impeccable and memorable skate. The only concern now, however, is that Abbott may have ‘peaked too soon’. Anyone who watches skating coverage regularly will hear the announcers harping on the idea that a skater must strive to save their best performance for last—in other words, the World Championships or the Olympic Games. There is definitely merit in this thought; after all, how likely is it that a skater will deliver two memorable, magical performances in the same season—especially back to back? If nothing else, Abbott showed today that he has the ‘goods’ to stand up with the top male skaters in the world.

Evan Lysacek made a small error in the short program (a ‘step out’ on a triple axel) and found himself in 2nd place heading into the long program. Lysacek has skated successfully without a quad in his program for the past year, winning both the 2009 World Championships and Grand Prix Final without a quad in his arsenal. However, to make a case for gold in Vancouver he will almost certainly need a quad in his program. He tested it at the start of his long program earlier today and met with disastrous results—a big fall. He also doubled a planned triple jump later in the program but skated well otherwise to end up in second place. However, if Abbott did indeed ‘peak too soon,’ Lysacek on the other hand has set himself up perfectly to medal in Vancouver.

Entering the long program in 3rd place after a brilliant and clean short program, Johnny Weir had the least amount of room for error with a handful of hungry skaters not far behind him ready to take his Olympic spot. He got off to a strong start in the long but left a handful of points on the table with a double axel that was meant to be a triple and a step out on a triple-triple combination, but skated beautifully otherwise. I was more relieved than anybody to see the veteran skater clinch his 2nd trip to the Olympics by a mere 5 points, but I have to say that I’m still disappointed with the design and quality of his long program. The ‘Fallen Angel’ routine just doesn’t have the personality or excitement that I would expect from Weir in an Olympic season and I worry that even a clean skate in Vancouver won’t have the ‘wow factor’ that other competitors will certainly bring. The trip to Vancouver itself though was truly earned with two solid programs.

The second weekend of Nationals kicks off on Thursday with the women’s short program, which will feature the comeback of 2006 Olympic Silver Medalist Sasha Cohen (who hasn’t competed in four years) vying for one of two Olympic spots with a handful of young hopefuls. More on this next week.