Tony Dungy: It gets worse

Share All sharing options for: Tony Dungy: It gets worse 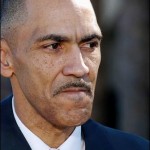 Drew over at Kissing Suzy Kolber has a terrific send-up of the "It Gets Better" campaign, that is very pro-gay in its own twisted way. Tony Dungy appears as the devil, and Rex Ryan of all people as the angel. It's hard to explain and quite profane but funny, so just go ahead and read it. But here is a taste:

Dungy: IT GETS WORSE. Homosexuality, as you know, is an abomination in the eyes of God. Your AIDS is but a prelude to the immense pain and suffering you shall experience LASHED TO SATAN’S TORTURE WHEEL. Fire-clad demons will flay your skin. You will be repeatedly raped with barbed clubs. Biohazard will be played on the jukebox THE WHOLE TIME. You will spend the rest of forever in pure, unrelenting anguish. All because you were selfish enough to be gay.

Ryan: Listen to me, Billy. You’re gonna be a GREAT gay. You’re gonna go out there and gay like a fucking CHAMP! Everybody goes through the shit now and then. And you’re right in the thick of it now. ... But it doesn’t have to be that way. NOT IF YOU FUCKING ATTACK ATTACK ATTACK! Don’t sit here blubbering on and on about it. You want it better? You fucking make it better. You grab that cock by the horns and you ride it until it’s dead! You got me?

Related: The "It Gets Better" channel.