Drew Schifino is a former University of West Virginia basketball player who now has a career in Europe. He was on Facebook recently in a thread discussing NFL quarterbacks. One thing led to another and someone on the thread mentioned Dallas QB Tony Romo. Which caused Schifino to refer to him as "Tony Homo," which then led to him using the words "queer," "faggot" and telling the person to "suck a dick, prick." (transcript below).

I was sent the screen caps and contacted Schifino through Facebook, telling him who I was and asking him why he used such slurs. Here is his reply:

"i apologize i didnt mean any harm by saying it. The guy made racial slurs and i was saying what people called him [meaning Tony Romo]. i never came up with the nickname. Also other people were saying things so im not sure why he singled me out."

I don't know Schifino and don't know what other terms might have been used on other parts of Facebook that might have riled him up. I just wanted him to know that using homophobic language is not acceptable, regardless of the provocation.

The "Tony Homo" thread (names other than Schifino's were blotted out in the screen caps I was sent): 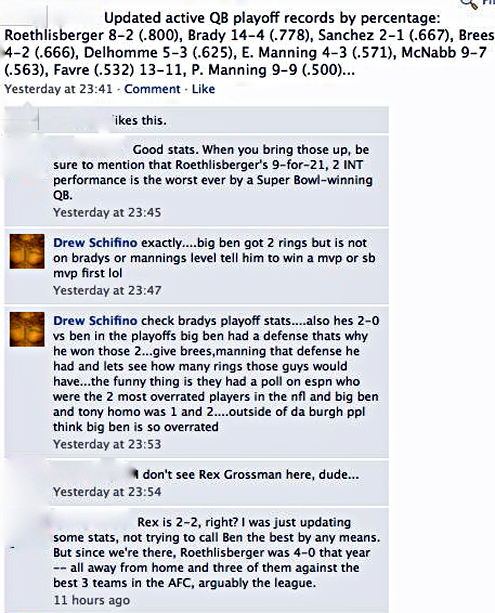 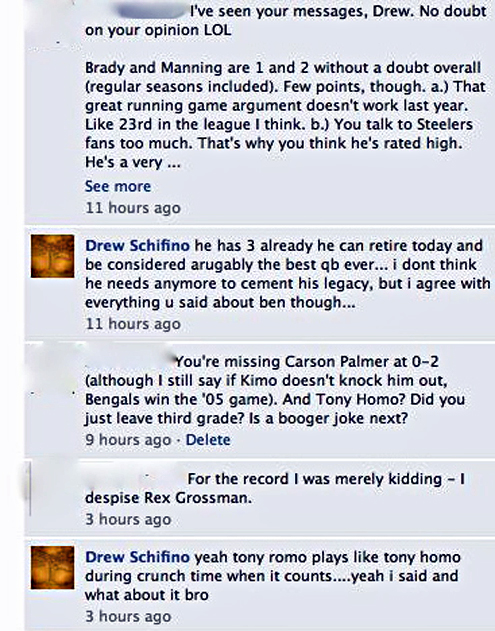 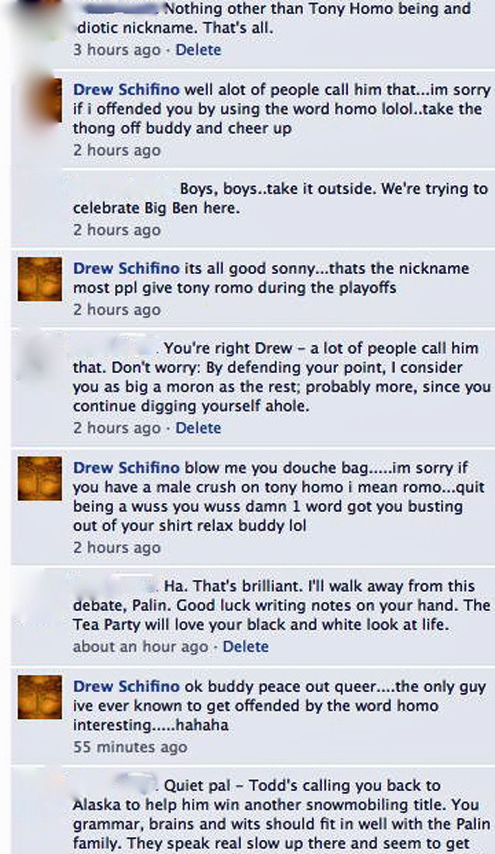 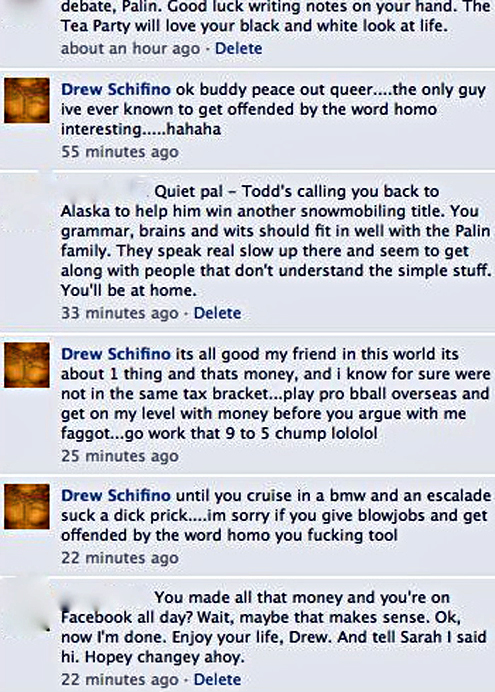