Share All sharing options for: CBS helped write Focus on the Family script 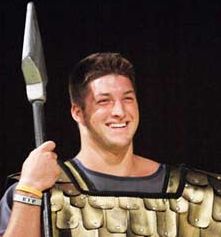 Not only has CBS agreed to break its policy against political advocacy ads, but they helped the anti-gay Focus on the Family craft their anti-abortion commercial starring Tim Tebow! Gary Schneeberger, spokesperson for Focus on the Family, told the Daily Beast:

We've worked with [CBS] almost since the beginning. Our senior vice presidents talked to CBS executives throughout the process. It was a very cordial, very professional, fruitful relationship.

You know what Cyndi Lauper would say: Money changes everything.