Share All sharing options for: Shirtless and gay-friendly tennis players 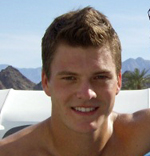 Matt Coin wrote one of our most popular coming out stories about his time as a tennis player at UC Santa Barbara. He still is an avid tennis follower and sent this report about his trip to Indian Wells for the BNP Open.

When I arrived to Indian Wells, my goal was to meet two players: Evgeny Korolev and Marco Chiudinelli, ranked 56th and 57th in the world, respectively. As soon as I walked through the gates, I saw Korolev (Anna Kournikova's cousin) on the practice courts. I stuck around until the end of his practice, and he was more than happy to chat and take a few pictures. He seemed genuinely flattered by the attention.

A few hours later, I went back to the practice courts, and to my surprise, there was Chiudinelli! My friends and I were the only people watching him play a practice match, and afterward, he was sitting on the court alone. When I called out his name, he playfully asked, "How do you know my name?" I told him that I had been following him for years, and he agreed to take a picture. We chatted for a few minutes and when I told him that I was his No. 1 fan, he started cracking up and gave me a handshake and hug.

I had already accomplished both goals on Day 1, but Day 2 got even better when I ran into a shirtless Korolev practicing with his coach. He pointed to me on the sidelines and said, "You're back!" After the practice, he went to play soccer, and I waited around until he came over to the sidelines. Again, he chatted for a few minutes and agreed to take a few more pictures. This time, a group of teenage girls was also waiting to say hello, and so he made it clear that he understood why I was sticking around. Thankfully, he kept his shirt off, took a picture, and laughed about it. He was a great sport!

Since 2008, I've been to Wimbledon once and the BNP Open twice. In my experience, the professional male tennis players seem to enjoy the attention, whether it's from men or women. Marat Safin, Tommy Haas, Igor Andreev, Korolev, and Chiudinelli have all made it clear to me that they welcome gay fans, which leads me to believe that they will welcome gay opponents. I'm headed to the French Open in May, so I'll do my best to uncover more gay friendly players, especially if they're from Russia! 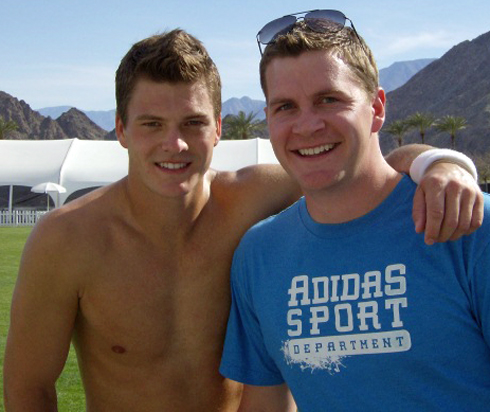 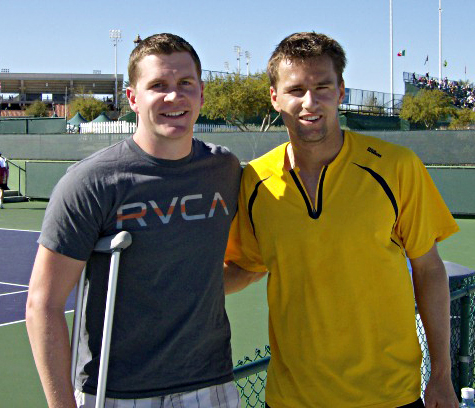