Vanity Fair and "60 Minutes" have teamed up for a poll of Americans on a variety of issues from assisted suicide to sex addiction to the Tea Party Movement. One question that is getting attention is that 50% of those responding would be OK with a gay president (44% would be opposed). With a 3% margin of error, that's pretty much a split.

The quarterback question is odd -- why add Super Bowl as a qualifier? At any rate, it's another sign that the public is not as anti-gay about sports as common wisdom holds.

Here is the poll question related to gays: 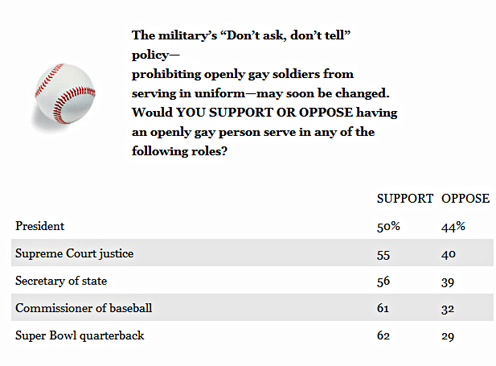