Share All sharing options for: Deadspin tackles the gay-athlete question 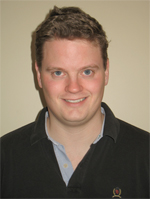 Deadspin's Thursday mailbag yesterday had a question from a gay sports fan wondering when an active athlete in one of the big four sports would come out of the closet. Drew Magary took on the question with the same answer we keep hearing: I'm OK with it, but that guy isn't.

It'll be forever. Whoever does it will be someone who came out at an early age and enters whichever league an already-known gay quantity. I doubt you'll ever see some guy who is already a pro suddenly pipe up, HEY! I'M GAY! There are a lot of reasons for this. First off, too many pro athletes are nutjob Evangelicals who fucking hate gays. How many white baseball players out there love to hunt and listen to country music? FUCKING ALL OF THEM. It's uncanny. 75% of Rascal Flatts' revenue comes from Major League Baseball players. Not the sort of guys who like themselves the gay. And I don't think many Latino players are all that pro-gay, either. Very macho culture, as Razor Ramon taught me.

Also, most pro athletes are extremely young guys, pumped up with testosterone and ungodly amounts of HGH. Most of them are aggressively heterosexual. BRAH! I FUCKED THIS CHICK LAST NIGHT! TWICE! BRAHHHHHHH!!! EW, DON'T TOUCH MY TOWEL! THAT WOULD MAKE ME A FAGGOT! There's that urge to be as hetero as possible. Drink the most, bang the most, blah blah blah.

I'll go ahead and freely admit now that, when I was in high school, I could easily be characterized as a homophobe. I used the word faggot all the time (even more than I do now!). I adored Dice Clay. I didn't think gays deserved rights or anything else other than ridicule. I didn't LIKE gays. At all. And not for any sort of bullshit moral reason. No, I was that way because I enjoyed it, and I suspect many other homophobes also hate gays simply because they like to hate them. I could blame youth or growing up in the '80s for how I felt, but that's a bullshit excuse. It's embarrassing and shameful and I wish I'd never felt that way.

It didn't take long for me to do a complete 180 on that old mentality and become extremely liberal in my attitudes towards gays and very supportive of gay rights. This is because I got older, settled down, and realized that inherently disliking gays (or any people outside of Duke fans) is pointless, stupid, and cruel. Some men need to grow up to reach that conclusion, and pro sports is an arena in which players are encouraged to NEVER grow up. Hence, HEY GUYS, GARY'S A FAG!!!!!

If there is ever an active gay athlete in pro sports, it'll never be in football (too many players, too many control freak coaches who don't want to deal with it), or baseball. It'll be in basketball. Because the teams are smaller, so there are less teammates to win over. And, if the gay player is crazy talented, the team will support him because there are only a finite number of superstar players. I'd expect that to happen sometime around the year 3498.

Somewhere along the way, a site like TMZ (or even this one) will out a player by posting a picture of him tonguing some other guy in a leather bar or something. But that's not exactly the same as having an out and proud athlete in the pros. I don't think it'll happen for at least another 20 years. Sad but true.