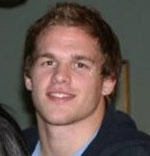 University of Maryland wrestler Hudson Taylor, profiled on Outsports for his strong support of gay rights, won the 197-pound class at the ACC wrestling championships on Saturday and was named outstanding wrestler.

Taylor, ranked third nationally in his weight class, won the title by pinning Dennis Drury of North Carolina at the 4:10 mark. Taylor is 38-2 on the season and qualifies for the NCAA championships in Omaha on March 18-20.

Taylor is one of the most unique athletes I have ever spoken with, and his support for gay rights is inspiring and rare among straight athletes. He even wore a Human Rights Campaign sticker on his headgear for part of the season.

His story is must reading, not because I wrote it, but because it highlights someone who is striving to make a difference. Since his article ran, he e-mailed me:

I am getting the most moving e-mails from people around the world. It's amazing. I mean, supporting the LBGT community is such a no-brainer to me. I couldn't imagine it any other way. I'm so humbled to learn about some of the courageous stories of these people. And I've been responding to all of them.

ESPN will be showing the NCAAs, and I know that Taylor will have a large number of Outsports readers cheering him on as he wrestles for the title.

Some action shots from matches this year, courtesy of Taylor: 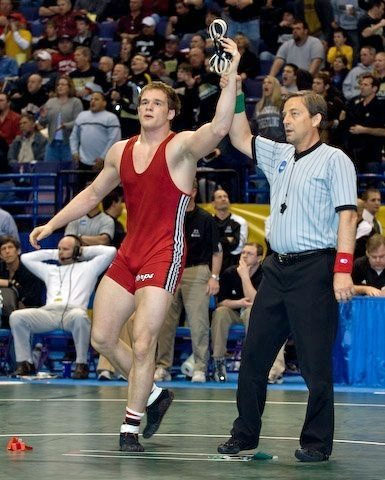 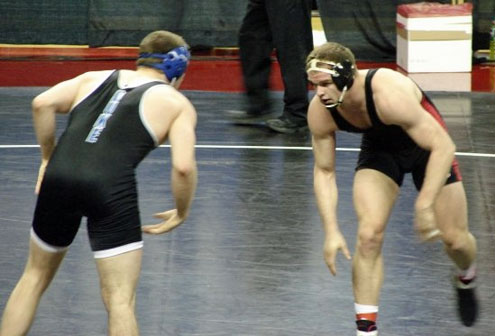 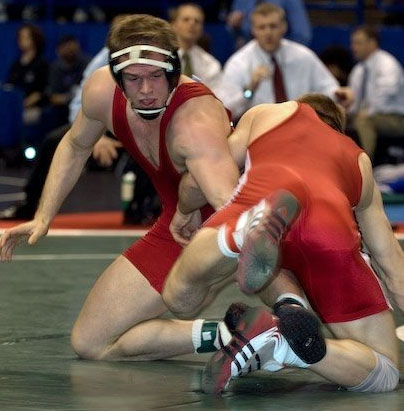