A blog from a closeted pro basketball player

Share All sharing options for: A blog from a closeted pro basketball player 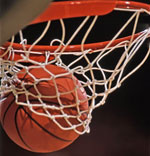 Baller is the pseudonym of a professional basketball player in an overseas league, who joins the ranks of closeted jocks blogging about their lives with his worthwhile and interesting Playing Basketball From the Closet. We have written about four other such blogs, but Baller's has a bit of a back story.

Baller contacted Outsports in late December, saying he is an American who plays pro basketball overseas in an elite league, is gay but not out and wanted to start a blog to share his feelings and also connect with other athletes in similar circumstances.

I started what is now a regular dialog with him and offered Baller to write his blog for Outsports on the condition that he reveal himself to us. He wasn't ready to take that step, so I helped him with writing tips and ideas to write about for his own blog. I waited for him to develop a style and enough posts before writing about the blog.

Baller's writing style is somewhat rough, though I have gotten him to write "you" instead of "u," but very much from the heart. In learning about him through regular e-mail, he comes across as a friendly, funny and thoughtful guy, and someone I am certain will come out at some point (even if it's after he retires). He writes about waiting for the day he can settle down with a guy and hopes to start a family. Baller is closeted because he does not think he can be open in his profession, but he is not ashamed of being gay. Right or wrong, like most gay athletes he has made his choice.

He is also not totally closeted. His parents know and accept him, as does his brother and a close friend. He says he feels a need to be discrete in the country where he plays (I do not know where this is), saying he is quite well known. So during the season it's pretty much nothing but basketball, with zero social life. After the season and before heading home, Baller takes a trip somewhere to let his hair down.

Once the season is over, instead of flying home straight, I take a Detour, I give myself around ten days of living my other life as I call it. The way I go at it is really simple, each year I chose a different country that I have never been in before.

After I pick a place and I know that it has a gay life in anyway I just stop there on the way home, it's something I do almost year in and year out. Once I get there it's not that I start walking the streets with two guys with me or go and walk the streets holding hands with another guy.

What does happen is just me going out and having a good time, I try to go out every night and just dance, party, hit on guys and get hit on. I usually find the casual sex also, but that's not the main reason I do it, I do it to feel alive in a certain way, a different way than the way I live and feel during the basketball season.

Baller writes about life on the court and in the locker room, his coming out to his parents, his long-term aspirations, religion, his first same-sex encounter, the meaning of life and often closes with lyrics from a favorite song. In an early post, he wrote why he is professionally closeted:

My logic is that no one wants to carry the torch or wants to be the one that has to deal with all the noise, questions and problems that will come from making that huge step [of coming out]. You can see that a lot of the jocks that come out in team sports do it after they retire or close to it, but not in the peak of their career.

He comes back to that theme in other posts and it's clear that Baller is wrestling with how being gay meshes with being an athlete. And his self-imposed social exile makes his wistful, as when he wrote about seeing two guys together as he was driving.

The strongest feeling I get after I see a cute guy with his partner, gay or straight is loneliness, Don't know what it brings others to feel, but seeing people that get the chance to experience life as a couple is hard for me to see. Guess it basically makes me jealous, really jealous. ... Though I can't say that sex is what's on my mind, I really think it's just having someone to be with and share my life with, from sex to eating together, to just spending time with each other.

I know there are some who dislike these blogs from the closet. While wishing all jocks were open, that's not the reality. Blogs like Baller's give an insight to a world that the vast majority of competitive athletes inhabit, and are a part of the gay sports landscape.

I believe they can make a difference. Mikey, the teenage hockey player, has a booming blog and regularly hears from young teen athletes who were near suicidal until they stumbled across his blog and could relate to someone like them. Time will tell whether Baller will make a similar difference, but he is definitely worth reading.

Related: The other closeted jock blogs we have written about: