Share All sharing options for: Mikey and Jimmy's NHL preview

Editor's note: Mikey writes the awesome blog HockeyKidMn and lives in Minnesota. Jimmy did an amazing job blogging during the Olympics from the Frozen North. Both also play hockey, and they have teamed up to write an NHL preview. It's a great complement to Joe's NHL guide, which is not written like he's texting. All three have a different Stanley Cup champion.

And now, in their own words, Mikey and Jimmy (with their picks for the league's hottest players):

By Mikey and Jimmy

hey mikey here … i play hockey n luv it so ud think id know something bout it. yea surprisingly not enough to make ne money off of … so after my amazingly accurate .... ahm i mean lucky .. predictions for the olympic hockey medal, jim asked me to try to throw somethin together for the nhl playoffs so all the outsport readers can go to vegas n put their life savings n car titles on these n ride em all the way to the bank ... ahh the street actly.

so of course im borin n no fun witout my lil canadium sidekick jimmy. so being from canada, the kid thinks he knows everything bout hockey .... n we know that it must be true cause the kid toly talks like he does. so were gonna put our heads together n come up wit our predictions .... hmm hopefully we will agree or its gonna be confusin. so yea be prepared for confusion.

Oh, I guess that was my cue, Jimmy here... You are amazing, Mikey. Accurate? I'm not so sure... Lil sidekick? I'm not that lil. In fact, some think I'm a moose. A Canadium moose to be precise. As you mentioned, being Canadium, I want those folks who are determined to bet the farm, the barn n all the livestock... maybe even their hockey playin son's tuition (?) ~ that listening to me may jus payoff in the ol' playoff...

ahhm dude first of all u need to learn the correct mikey use of elipses its space dot dot dot not just dot dot dot. k mr punctuation, now we can continue … so here is how the teams are seeded rite now:

so first of all just a few comments bout the parings.

caps vs canadium - so the caps have ovechkin n can tolly score alot but they lost the regular series 2-3, have softer goaltendin then even the black hawks, and have younger n sorta weaker defense. the habs have more soild goaltendin but lack that scorin punch and that will let the caps go onto their rematch wit the penguins

Way to go out on a limb Mikey. The Caps beatin the Habs? Are u sure? K, yea they'll win and they'll win handily. I do wanna point out that the goaltending advantage u speak of will evaporate quickly, at least until Montreal puts Cary Price in net n that could happen as early as game two...

devils vs. flyers - the devils lost the regular season 6-2 but they should be solid n stable n tough defensively since thats their style n its even more enforced wit lemaires back. they picked up kovalchuck n have that parisee kid .... did i mention that hes hot btw? im think brodeur used to be great but hes not as great ne more but still comes up wit alot of big games .. cept in the olympics. the flyers had a tough end of the season n dont really impress me that much richards is toly solid but they r shakey at net n thats not good in the playoffs, n will proly keep em from advancing

sabres vs. bruins - well the sabres have ryan miller n a hot goalie can win playoff games or olympic games, n they get to play the bruins who although they won the regular season 4-2, have the 2nd lowest goals scored in the league n now have an inexpereinced goalie, n won alot of shoot out games ... so unless this is the shootout series their in trouble

Tuuka Rask. Um yea, I jus like sayin Tuuka Rask.. He won't finish the series either like his buddy in Montreal... Tim Thomas - last season's Vezina Trophy winner will come in for game three - the first in beantown - and steal the show. But Mikey's right. Ryan Miller will win this series and maybe plenty more... This isn't really gonna be a close series either.

penguins vs. sens - well the series was tied 2-2 n the sens have scored alot of goals but rnt very tested in the playoffs n happen to be playin some team wit sid n malkin. so yea tough draw ottawa ... looks like no canadium team gets by the first round in east.

Pens n Sens... Also fun to say. It's not gonna be that fun to watch tho. With all due respect to our new Canadium poster boy Sid, Ottawa's jus too boring to watch so I'll tune into game 5 to see Pittsburgh win this thing.

sharks vs. avs - so the sharks look like they may be the best team in hockey this year wit a solid year of goaltendin by nabokov. so what could go wrong? well theyve looked like this before n always seem to find a way to lose in the playoffs. nabokov self destructed in the olympics, n who know what else could happen. the team split games this year 2-2 which could be a sign. the avs r way young, looked great early, n sorta faded at the end. normally id say no chance for them but yea its the sharks so it could be colorados year

Aah the West. Finally in the west where real hockey is played... Sharks once again dominated the regular season. Does anybody care? Is anybody worried? Is anyone in awe? I think their record has more to do with their airport restrictions n havin teams hafta fly into Oakland b4 makin their merry way to San Jose. Once again, Joe Who will disappear, their goaltending will be suspect and they will generally suck. They're still gonna beat Colorado tho... Probably, in 5 maybe 6 games.

black hawks vs preds - chicago looked like the best team in hockey quite a few times this year but has been riding shaky goaltendin all year long. they got some canadium kid jonathon something n a group of great young players. they won the regular season series 4-2. the preds pretty much have no 1 that ne1 knows on their team. they work hard, r strong defensively n have never won a playoff series n i think they still wont this time

Chicago's my team. I love everything about the Hawks 'cept maybe in goal. I even think that dysfunctional cutie PK is worth a third, fourth n fifth chance to join the human race. Their captain is my captain - Jonathan Toews may be in the top three in the world as a complete hockey player and he is number one in sexiness. I want Chicago to win the cup this year. Sadly, they won't even make it out of the first round. Nashville in seven games... sigh.

canucks vs. kings - the canucks owned the kings this year winnin 3 outta 4 n since winnin the gold luongo has been hot. add in solid d n the psycho but now scrorin machine sedin twins n the canucks look good this year. la is riding a bunch of young guys n has been close b4 but this year they made it. drew doughty is proly bout the best dman out there n ryan smith is always tough in the playoffs so they should make it interestin but i think the canucks will still advance

Another upset? Well not to me... L.A. will win. And they're gonna win surprisingly(?) easy. Oh the series will probably go six maybe even seven games but it'll still be relatively easy for them. Watch Ryan Smyth. He's a playoff stud. Good for L.A. Too bad for Vancouver but as a city you already got to enjoy the ultimate victory earlier this year. Suck it up n don't be greedy...

coyotes vs red wings - ahh poor poor phoenix or glendale or whatever ... after the whole debacle of them being bought n movin then not movin then not bein bought. so i guess now the nhl owns em n they had a great season ... i mean they were the best team out there for awhile n they finally started drawin a few fans. so who do the coyotes draw? the red wings. so yea after an off year wit tons of injuries the wings seem healed n healthy n proly ready to kick some ass. so id like to see phoenix pull it off but i think the wings take this 1.

I know I should be cheering for the future/former Winnipeg Jets... But I can't. I have fallen in love with the Wings in the last half... watchin them get down to business has been enjoyable. Coach Mike Babock is awesome. Hockey Town may have another cup.

so in case ur keeping score or wanna know who to bet for …. Here is where we see things goin. kep in mind that we can not be held responsible for ne1 relyin on nething we say to bet money or get in fights or nething. oh 1 more thing. the nhl reseeds teams after each round so it gets tricky summarizing out predictions in a nice neat chart … cept in the east where we pretty much agree

i think its gonna be the caps gainst the devils in the conference final wit the caps advancing to the cup.

Just to be difficult to lil mikey, I’m picking the Sabres against the Penguins for the Conference final and the Sabres going to the cup.

I think the black hawks n wings play an epic conference final but the wings win out n r back in the cup gainst the caps …. n u know what I think, the wings ro gonna do it n win it all. yea babcock will be coach of the year for pullin off this huge upset … well sorta upset but yea the wings win it all n hockey town goes crazy n starts burnin mattresses on the freeways … really come on … really? mattresses? n why isn’t hockey town in the state of hockey … that’s minnesota for those not following along closely

Unlike life in hockey boy’s fantasy world (you don’t wanna go there), here is how things will actually turn out:

I think the Red Wings will dominate the Predators, but fall short of winning the cup and lose to the Sabres who will finally break the Buffalo curse by winning the cup.

so yea there u have it guys n gals … that’s our picks … take em to the bank … i mean the fake piggy 1 not an actl real bank. thats mikey n Jimmy signin off… at least till we do our wnba picks this summer. 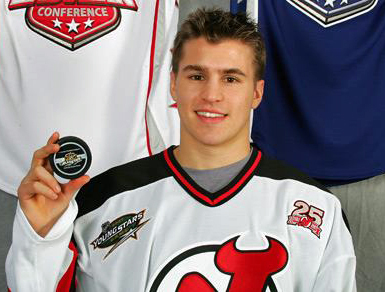 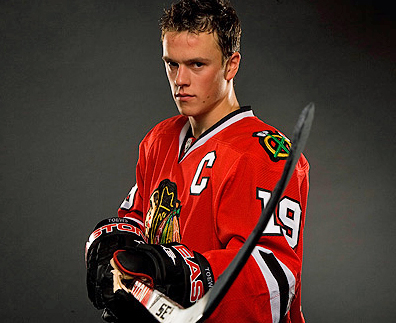