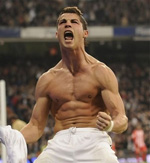 Actor Daniel Radcliffe ("Harry Potter") is trying to buff out for a Broadway role and his physique idol is soccer's Cristiano Ronaldo. Reports the Sun (under the headline "Daniel becomes Harry Hotter"), quoting a friend of the actor.

"Daniel wants to completely re-sculpt his body and has taken Ronaldo as his inspiration. He envies his muscle definition and is hoping to get a similar six-pack for himself.

"Daniel is taking his fitness regime really seriously. He's stopped drinking, knocked the fags on the head and is watching every mouthful."

"Fags" in this case mean cigarettes. Ronaldo is a pretty good role model if it's abs you wan. The Portuguese superstar reportedly does 3,000 crunches a day (which seems a tad extreme, since diet is most key to showing a six-pack). 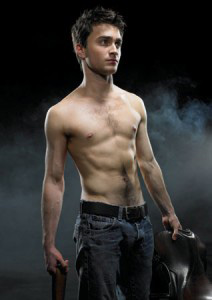 Ronaldo on the cover of Vanity Fair with Didier Drogba: 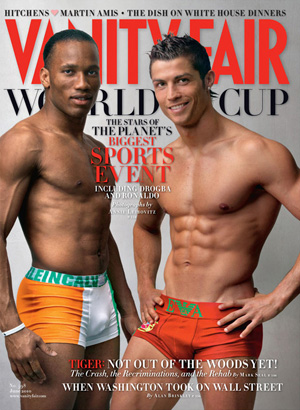