One in a series of first-person accounts by athletes attending the 2010 Gay Games in Cologne, Germany, July 31-Aug. 7.

I remember when I was 14 years old and sitting at home that hot Texas summer watching the 1984 Olympics in Los Angeles. Carl Lewis was all over the news with his amazing four gold medals that tied Jesse Owens record from the '36 Berlin games. But the story that truly caught my attention was about a swimmer named Rowdy Gaines from Winter Haven Florida.

Gaines was this amazing sprinter who was supposed to awe the crowds in 1980. Sadly, the U.S. boycotted the 1980 Moscow Games and it seemed Rowdy had lost his chance. Four years later, my full attention was now at the aquatic center to watch this man swim. He was not favored. Yet off one of the most amazing starts from the gun, Rowdy blazed to gold in the men’s 100 freestyle, which blew my mind. What an amazing comeback.

I later learned that in 1991, Rowdy was temporarily paralyzed with Guillain-Barre Syndrome, which is an autoimmune disorder that affects the nervous system. He was hospitalized for two months. With an amazing recovery, Rowdy quickly found his form again and was posting world class times. At the age of 35, Rowdy became the oldest swimmer to qualify for the 1996 Atlanta Olympics.

Which brings me to my story. Ever since I was a kid, my dream was to compete in the Olympics. After seeing those 1984 games, I was inspired. It would give me goose bumps just seeing those athletes when they walked into the stadium during the opening ceremonies. I know each of us all would live vicariously though those young ambitious eyes. I know I did. My dad was always my best friend when it came to sports. If I was playing soccer, I could look over to the sidelines and catch his eye. He'd have this big smile on his face and pump his fist once and then point at me and then point to the sky as if he were showing the "You’re No. 1" finger. In that moment, it made me feel like no one could stand in my way. I was impervious to failure and even if I did lose, he was right there to give me those words of encouragement. All in all, I guess he taught me that winning tastes good, as well how to take a defeat and walk away smiling.

Flash forward. I got my day in the sun. There I was at the age of 18 training hard to make the 1992 Olympic team. I was training for the men’s 400-meter dash in track and field. My life was devoted to sprinting and weights and sprinting. I even qualified for the Olympic Trials. Two weeks after the greatest high of my life, knowing that I was going to run in the Trials, I tripped and blew out my knee, tearing my posterior cruciate ligament. That was it. My dream and my knee were both shot. Months went by and I remember my doctor asking me how I was going to rehab my leg. I told him by swimming.

I got into the pool and brought myself back to health. I even joined the Dallas men’s gay swim team. I swam with Dallas for about six weeks until I just gave up sports. The fire wasn't in me anymore.

Years later, I am a 40-year-old gay man living in San Francisco with a mini Dachshund; yes, I'm a walking cliche. I decided to join a co-ed soccer league in the Bay Area. I wanted to get back into shape and meet some friends. One day, when I was in a match, some guy who turned out to be a bruiser and threw his elbow up into my throat area. This shattered my C6-7/8 vertebrae in my neck. I was in terrible discomfort and eventually lost feeling in my left arm.

The doctor set a date of July 8, 2008, for me to have surgery. This meant I had to wait for three agonizing months. I was on every pain-killer known to man; Norco, Percocet, you name it. I didn't eat and I dropped down to 128 pounds. Calista Flockhart had more muscle mass than me. I looked like I was about to check out.

The surgery came and it was a huge success. They went in and replaced the broken vertebrae with that of a cadaver and put a metal plate in my throat. I remember the doctor leaning over me in my hospital bed and said, "Young man, I strongly urge you to not engage in any athletic activities again unless you want to remain in bed all the time.” I smiled and told the doctor that he needed to put his crack pipe down -- sports and competition are my life. He then asked me how I was going to rehab myself and I said by swimming.

It was in October 2008 when I took to the pool and started to lift weights. When I learned that the Gay Games were coming up in two years, I decided that my goal was to compete in them. I will be swimming in the 50-meter freestyle sprint and the 50-meter breaststroke sprints.

I do not care for winning a gold, silver or bronze medal. It would be nice to win. But my whole life I've wanted one thing -- to walk into a stadium and see a crowd of people looking down on me and my friends who have dreams. Corny? I don’t care. I'm 40 years old and I have a metal plate in my throat and nothing is going to stop me. See you in Cologne!

Brian Galyean can be reached at: bizubrian@aol.com 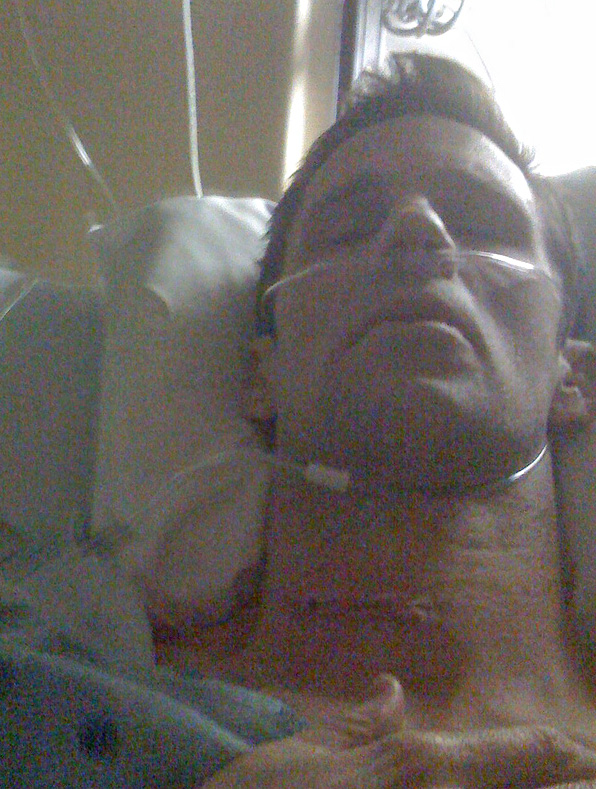 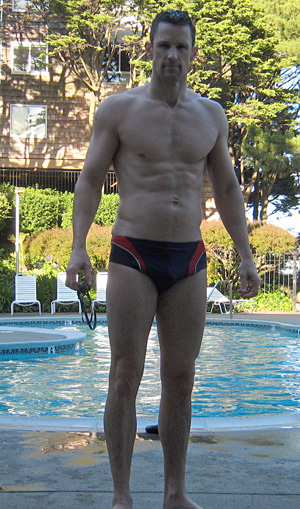