Manager out after anti-gay rant against umpire

Share All sharing options for: Manager out after anti-gay rant against umpire 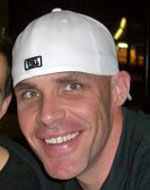 The manager of the minor league baseball team Edmonton Capitals is out of a job after a homophobic rant against an openly gay umpire, where he repeatedly used the term “faggot.” Brent Bowers resigned, the team said Saturday, after the league had decided to suspend him for the rest of the season for his verbal assault on umpire Billy Van Raaphorst.

Van Raaphorst, 34, of Irvine, Calif., was the crew chief for the July 31 game between the Capitals and Orange County Flyers in Fullerton, Calif. During the first inning, there was a dispute about a call made by another umpire over whether a runner was safe or not. Van Raaphorst warned players in the Capitals dugout and Bowers for their heated objections to the call. The umpire then ejected Bowers and two Capital players after they ignored the warnings (Van Raaphorst also had ejected Bowers the night before). That’s when the tirade began.

Here is part of Van Raaphorst’s official report made to the Golden Baseball League, a 10-team independent league with teams in California, Arizona, Canada, Hawaii and Tijuana, Mexico:

After the ejection Bowers ran over to me and began screaming, "You know what I heard? I heard you are a fucking faggot. The rumor from several managers and people at the league is that you are a fag... So what do you do you fucking faggot? Do you take it up the fucking ass you faggot?" As he said this he bent over and grabbed his ankles as to demonstrate this action. I replied, "Nice really classy, what does any of this have to do with you acting like this? Real classy Brent, you are just a class act."

He was in my face screaming, "What's the matter did your fucking boy friend fucking cum on your face today, is that how you like it you fucking faggot." I said, "Great now you are just acting like a total ass, real classy Brent. I thought you were a big leaguer?" He replied, "I was in the big leagues where the fuck did you work? Who do you know in the big leagues...?" I replied, "I know plenty of big leaguers... players and umpires... and none of them act like you..." Bowers continued to yell and took off his hat screaming, "You need to tan your head faggot... " Then Bowers threatened me saying, "I ought to kick your ass you faggot."

[Michael] Gillmore the plate umpire came over and I walked away. Bowers continued to yell at me, "Walk away you faggot, you take it up the ass faggot." Bowers began yelling at Gillmore about 20 feet from me. I heard Gillmore tell Bowers, "Brent you crossed the line, you went way over the line. You need to get going." Bowers screamed, "I know he is a faggot, I was told by Gary Templeton (Chico Manager) and Kevin Outcalt (GBL Commissioner) that he is a fucking faggot. I know he is a faggot!" Gillmore began walking him toward the dugout, he continued screaming at me while on the way. Once in the dugout he soon left and the game resumed and ended without further incident.

Initially, the league suspended Bowers for two games. But league umpires threatened to walk out over what they saw as a slap on the wrist. At the same time, The Katz Group, which owns the Capitals and the NHL’s Edmonton Oilers, was conducting its own investigation. Bowers, 39, quit after the league toughened its suspension in the wake of the umpires’ threat to the rest of the season (24 games) and a $5,000 fine. 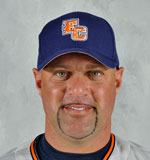 "Brent's activities, in our terms, went beyond what's acceptable," Oilers President Patrick LaForge told reporters on Saturday afternoon. "We support the Golden Baseball League in their decision to suspend him for the balance of the season, and we further support Brent's decision to resign. We did not ask for him to resign. He has chosen to resign and get on with his life." LaForge said his organization would provide diversity training for all its baseball and hockey employees.

Bowers said he regrets his actions. "I went over to him and I said those words," he told CTV Edmonton. "If I had ten minutes to look back … I've grown up more in three days than ever before. I want to apologize to the league, to the Oilers." The article did not say whether Bowers also apologized to Van Raaphorst.

I called Outcalt for a response on Sunday, and have yet to receive a reply, but he did e-mail this statement to the Edmonton Journal:

“As a league we are fortunate to have a very diverse culture regarding race, religion, gender, and sexual orientation as the employee base amongst the teams has a high percentage of minorities throughout the league, including the only woman playing professional baseball along with minority managers, umpires, players, and front office staff as key contributors throughout the league,” Outcalt wrote. “We do not tolerate personal abuse such as the incident regarding Brent Bowers.”

Update: Since writing this, I did speak with Outcalt. He said he does not know Van Raaphorst personally and was unaware of his sexual orientation prior to this incident. "I was not aware of Billy being gay, but I am aware he is one of our best umpires." Outcalt added that Bowers denies mentioning Templeton and himself as sources of Van Raaphorst's sexual orientation, though the manager acknowledged he might have "thrown names out" in the heat of the argument.

Based on this incident, the league will require all teams to go through diversity training, including that of sexual orientation, Outcalt said. Sports needs to become involved in dealing with homophobia, the commissioner said.

As a disclosure, I have known van Raaphorst for five years through our association in gay flag football and consider him a friend. I spoke with him Sunday, but he could not publicly comment since he has hired an attorney to explore possible legal remedies. He has been an umpire since he was 14 and has done Golden Baseball League games for the past three-plus years. He is also a business consultant.