The booing is out of control

Share All sharing options for: The booing is out of control 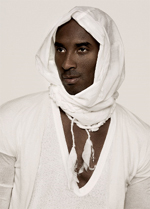 This trend of crowds booing the home team has started to bug the hell out of me. I've been seeing it happen in the first half of games. Last night the spoiled-rotten home crowd at Staples Center actually booed the two-time defending NBA champion Los Angeles Lakers off the court. Two years in a row they've won it all, they have an 8-game lead in their division, and the crowd boos because they got spanked.

If I were Kobe Bryant and my own crowd booed me, I'd give them the finger and refuse to play until I got a full-page apology in the Los Angeles Times. Even a spoiled brat like Kobe deserves better than what the even-more-spoiled Lakers fans gave him Sunday.