Share All sharing options for: Gay Games stonewalling the press? 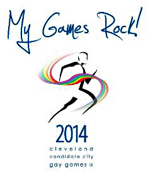 The Windy City Times in Chicago has a troublesome report that the Federation of Gay Games will not reply to any of their questions about the growing controversy in Cleveland including a lawsuit against the FGG. In addition, the Times exposes claims that the new group the FGG has tapped to host the Cleveland Games was also involved in a bid to host the Republican National Convention in 2008, a footnote that is of great interest to many in the gay community.

The 2014 Games appear to be headed to Cleveland, but who will be the local organizing committee? And how will the controversies over the past six-plus months affect the 2014 event? How will the events be changed by being hosted, for the first time, by a non-LGBT community entity?