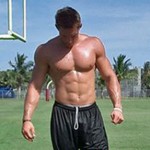 A typical Chargers loss; the Lions lose again and Suh loses it again; Tebow time and hot players of the week.

Sleepwalking: The Chargers' 27-21 loss to the Jets (4-3) was a microcosm of how underachieving they have been since Norv Turner took over as coach in 2007 They led 21-10 and looked terrific, then made several screwups and fell behind 27-21. On their final drive, they got the ball with 1:29 left and no timeouts, but still enough time to make it interesting. They made it interesting all right, but in a bizarre way.

After a first down pass, they then ran off 46 seconds to get off two plays that yielded seven yards. On the their final two plays, Phillip Rivers threw an incompletion near the sideline and the last pass on fourth he inexplicably threw out of bounds.

The two-minute drill is something teams work on all the time, and Rivers is a veteran, yet the Chargers acted like it was a July scrimmage and they had a rookie behind center. It's another sign that Turner never gets his teams ready enough when it counts.

At 4-2, the Chargers still lead the AFC West, but Rivers looks shaky and their four wins have come against teams a combined 6-19. It looks like another schizoid year for the Chargers, who might back into the playoffs because the rest of the division is pretty weak.

Toothless: The Lions (5-2) lost to the Falcons (4-3), 23-16, their second straight loss, both at home. I think the bubble has burst and the Lions will struggle to make the playoffs. They can't run, Matthew Stafford is inconsistent at QB and their vaunted defensive front is getting pushed around. Their 5-0 start masked real problems and featured two 20-point comeback wins that included a lot of good fortune.

Cheap shots: Lions defensive lineman Ndamukong Suh is becoming a player to dislike. Plain and simple, he plays dirty and takes cheap shots. He infuriated the Falcons by allegedly mocking Atlanta QB Matt Ryan as he lay on the field with an injury.

“I had respect for Suh before the game,” Falcons center Todd McClure told the Atlanta Journal-Constitution. “But when Matt was on the ground, the things he was saying and the trash he was talking was definitely uncalled for. There are certain things you don’t do. [He said], ‘Get the cart’ and several other things that I can’t repeat.”

The Lions say they never heard Suh say that, but that's contradicted by Falcon players who repeated what McLure alleged. Given Suh's penchant for committing personal fouls, I believe the Falcons' version of events since it's hard to see why they would make something like that up. Mocking an injured player is beyond the pale.

Tebow time: I am not going to get into the Tim Tebow hype, despite his rallying the Broncos (2-4) over the Dolphins (0-6), 18-15 in overtime. Tebow stunk for the first 55 minutes and is not an NFL-caliber thrower. He has lousy mechanics and I don't think those can be corrected easily. He would be a terrific situational QB (goal line, short yardage), but can't see him being a longtime starter.

The hidden storyline is the game was the awful decision by Dolphins' coach Tony Sprano, who went for two up 12-0 on the first play of the fourth quarter. Miami missed it and it meant that Denver had to convert only one two-pointer and not two late in the game. Coaches often screw up when to go for two or not, and Sprano joined the club. It's no surprise they are winless.

Blowout: How bad were the Colts (0-7), my team, in their 62-7 destruction in New Orleans (5-2)? Jim Allen, who watches every play of every Colts game with me, left midway through the third quarter with it 41-7. I thought only a date with Jim Thome would get Jim to leave a Colts game early.

It is true – Peyton Manning really is a one-man team. How a team can go from Super Bowl contender to maybe 0-16 is amazing and shows how Manning has been carrying that franchise for 13 years. The 62 points is the most allowed in the NFL since 1999 and the most the Colts that have ever allowed.

Picky: One has to admire the consistent play of the Raiders' QBs in their 28-0 loss to Kansas City. Kyle Boller threw three interceptions, including a pick six, then Carson Palmer came in and threw three interceptions, including a pick six. My friend Billy Witz, covering the game for Fox Sports.com, wrote me: “This might be the most dreadful game I have ever been paid to witness.” Better than paying to witness it.

The Chiefs have won three in a row, but don't get too excited. They beat the Vikings (1-6) and the Colts and Raiders, both missing their starting quarterbacks. But they are only a game behind the Chargers in the West, so they have something to play for, and it's not the No. 1 pick in next year's draft.

Hot players of the week: There is not a hotter pair of safeties in the league than Sabby Piscitelli and Jon McGraw of the Kansas City Chiefs. For evidence, see photo above.