Moment #1: Dave Kopay comes out as gay in newspaper interview

Share All sharing options for: Moment #1: Dave Kopay comes out as gay in newspaper interview 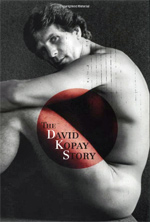 Football, 1975: Dave Kopay was pissed. It was December 1975 and he had read an article in the Washington Star newspaper that dealt with the difficulties of being a homosexual in sports. It quoted, without naming him, an NFL player and his experiences. Kopay knew at once that the player was his former Washington Redskins teammate Jerry Smith, with whom he had had a sexual encounter.

Smith and Kopay had talked about writing a book together, but Kopay knew Smith would never come out publicly and honored his request. The Star was flooded with hate mail about the story, saying it couldn't be true, that gays did not exist in the NFL. Kopay, who had been retired three years, wanted to prove these people wrong and contacted the writer, Lynn Rosellini. She wrote a groundbreaking article that detailed Kopay's time in the NFL as a closeted homosexual. The rest is sports history.

"I got very, very few hate mails.” Kopay, 69, told me last week about reaction to the Star story, when I told him he was Outsports' No 1 gay sports moment. “Mostly the mail that poured in was amazingly supportive and telling their own stories. There were hundreds of letters forwarded to me."

In many ways, Kopay's revelations form the start of the modern era of gays in sports. His 1977 book “The David Kopay Story: An Extraordinary Self-Revelation” (co-written by Perry Deane Young) was a New York Times best-seller and is still in print. The book has inspired and comforted gays and lesbians for 34 years (Billie Jean King told Kopay how much the book helped her). Kopay still gets letters from people who talk about the book's impact on their lives. Here is a one he received in August from a man in the Philippines:

I read the "David Kopay Story" in 1982 when I was 22 and on the verge of
offing myself. I've always wanted to write you somehow to thank you in the 80s, but, I suppose History got in the way. Please know that you saved a life in 1982 somewhere in Asia.

And this one from a man who first read the book in the 1970s as a teen, helping him bond with his father, and who now used Kopay's words to inspire him to lose 100 pounds:

Your simple and straightforward, “do it now” words of encouragement (given without any seeming value judgment) have truly given me added inspiration to complete my weight loss journey and more importantly to continue to work on the life changes I am putting in place to create the new lifestyle that will allow me to finally attain and maintain a normal weight.

Thank you so much.

These stories are legion and I want to share one more. A few years ago in Los Angeles, I met a gay man who fled Malaysia after running afoul of its anti-sodomy laws. He told me how one day he was in a small village and saw a man selling books by the road. Among the offerings was “The David Kopay Story,” which my friend snapped up, aware the bookseller had no clue as to its contents. He hid the book in his bedroom from his parents and read it late at night, its words showing him there was a different world out there.

Kopay, who has been interviewed too many times to count, said there's a simple reason why his story is still relevant:

I think it goes beyond that. There have been pro athletes who came out since (though none while still active), yet Kopay is still sought after as a speaker and interview subject. His total honesty and candor about his life resonates with people. It's not many who would share how they had sex with a teammate, yet Kopay remembers his one encounter with Smith like it was yesterday, with a mixture of humor and wonder. This happened right before the start of one season with the Redskins, with the two of them staying over at the house of Redskins PR man Joe Blair, himself gay.

“It was after this night of drinking. I was in bed already and all of a sudden I wake up and there was Jerry kissing me and all over me. It was like, holy shit, this is pretty good. He jumped in bed with me. … I wasn't really attracted to Jerry, he wasn't my type and I wasn't his. What he liked were the most effeminate young men you could imagine. But it happened …

“I couldn't believe he even came to me. It was a night of drinking and, boom, it happened.”

Smith died of AIDS in 1987, never acknowledging he was gay. Kopay's admission killed any chance of him coaching, yet that never deterred him from speaking out. Thirty-six years after telling his story to the Star, Kopay is still making a difference and being recognized as the pioneer he is. He was giddy this past spring when he was inducted into his high school's inaugural sports hall of fame. He attended Notre Dame High School in Sherman Oaks, Calif., a conservative, cloistered Catholic school when he was a student. It meant a lot to him that this school honored an openly gay alum, and he was moved to tears as he recounted being warmly greeted by not only past graduates but current students and their parents. It was a sign that times have changed.

Putting together this list of 100 top gay sports moments was not easy and we made some mistakes along the way. We consulted with many men and women active in the gay sports community and got dozens of submissions for moments. When it came to picking the top moment, though, our experts were unanimous – it was Dave Kopay, the most significant gay athlete in modern history.