Share All sharing options for: Wyoming high school football coach resigns after mock survey has question "I am a queer" 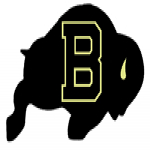 A head high school football coach in Wyoming has resigned after he gave his team a mock survey that used homophobic and sexist language. The coach, Pat Lynch, of Buffalo High School handed out the survey called "Hurt Feelings Report" to his players prior to a playoff game. (Update: See survey below).

It provided boxes for players to check next to wording such as “I am a cry baby,” “I am a queer,” “I have woman like hormones.”

At the bottom it had lines reading “Name little sissy filing report” and “Girly-man signature.”

Lynch apologized and the school board accepted his resignation as head coach, a job he held for 13 years. He will stay on as the school's guidance counselor. Said Superintendent Rod Kessler:

"[Lynch] screwed up, he screwed up big time,” Kessler said. “The coaching, we didn’t want that to be the issue anymore. We wanted him to have his priority back where it was as a counselor. None of us are happy that it happened. It’s a black eye to the district. And it’s a black eye to Pat.”

The parent of one player was upset that Lynch apologized to the school board but not the players. And some are upset that he stays on as guidance counselor, though the last thing I would want from someone with his views is guidance. His actions typify the stereotypes that are still perpetrated about what is means to be an athlete and masculine. They should have fired his ass.

Thanks to K2Radio.com (via a comment by reader Jason), here is the survey: 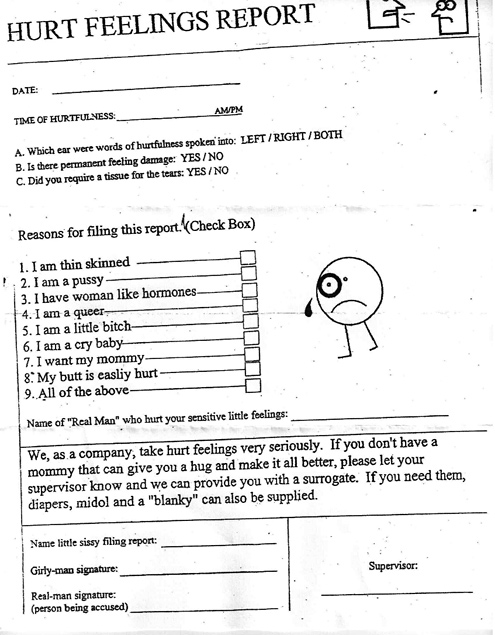