NFL Week 11: Can anybody beat the Packers?

Share All sharing options for: NFL Week 11: Can anybody beat the Packers? 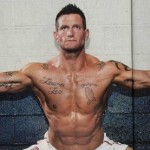 Green Bay improves to 10-0, but someone will beat them; the Patriots are lucky and good; the AFC is weak; the Eagles stay alive; Corso's f-bomb, a ripped punter is hot player of the week.

10-0: Now that the Packers have hit double digits in wins, it's time to consider whether they can go 16-0. In three words, I doubt it. Their only gimme on the schedule is Kansas City. Their next three games are all against teams in the playoff hunt – at Detroit on Thanksgiving, at the Giants, home to the Raiders. Then the Chiefs, followed by home games against the Bears and Lions.

I see the Packers stumbling somewhere in the regular season, even though they remain my pick to win the Super Bowl.

Offensively, they're ridiculous, with Aaron Rodgers having a quarterback season for the ages. Anybody hoping to beat them will have to put up 30-plus points. That's possible given their pass defense, which ranks 31st in the league (only New England is worst). Green Bay has benefited from leading the league in interceptions, but if an opponent can minimize turnovers, Green Bay can be scored on.

We saw this Sunday in their 35-26 win over Tampa Bay. The Bucs' Josh Freeman threw for 342 yards and two touchdowns, but was doomed by two interceptions and two 12-play drives that fizzled in the red zone and resulted in field goals instead of touchdowns. It didn't help that tight end Kellen Winslow dropped several passes, including what would have been the game-tying 2-point conversion and another that resulted in an interception. The Pack won, but it wasn't decisive. Someone will trip them up in the final six games, but no one will beat them at Lambeau in January.

Lucky and good: The schedule is set up perfectly for the Patriots (6-3) to win the top seed in the AFC. The Patriots are nowhere near as good as their Super Bowl teams, but that won't matter since they are facing a bunch of stiff quarterbacks the rest of the way. A Boston Globe article talked about the luck the Patriots are having. Their next three opponents – Chiefs, Eagles and Colts – all have backup QBs, and they finish with games against Rex Grossman, Tim Tebow, Matt Moore and Ryan Fitzpatrick (who has collapsed along with the Bills). Expect a lot of articles touting the improved Patriots defense, but that will be a function more of playing inept offenses.

This is the weakest AFC field in a decade, so a Patriots' Super Bowl appearance is very possible. The Texans are 7-3 and lead the South, but they will be crippled with QB Matt Schaub out for the season. I don't expect much from the AFC West champ (the Raiders lead the division). The biggest threat to New England will be Baltimore and Pittsburgh (both 7-3) in the North; each team matches up well against the Pats, but the Ravens might be missing Ray Lewis for a long time, while Ben Roethlisberger of the Steelers has a broken thumb on his throwing hand. This leaves the Jets (5-5), currently out of the playoffs but with a serious wild car shot given the weakness of the field. I don't care that the Pats have swept the Jets this season; that's the one AFC team that the Patriots fear the most in a playoff.

Rolling: The 49ers (9-1) keep on rolling and look good to get a playoff bye. But they need to finish drives better if they hope to advance in the playoffs. Against the Cardinals, they had five first-half drives inside the 20 and scored only nine points. That won't cut it in January.

Go figure: The Eagles (4-6) looked dead heading into New York and played the Giants (6-4) without Michael Vick and Jeremy Maclin. So, of course, the Eagles beat the Giants, 17-10, thanks to an 18-play drive engineered by Vince Young. The winning TD came on a pass to male modelesque Riley Cooper.

Hot: The Cowboys (6-4) won their third straight and they're talking playoffs in Dallas. Perfect, just in time for their annual December swoon.

Showing off: The announcers in the Tampa Bay at Green Bay mentioned that Bucs receiver Mike Williams warmed up shirtless on the 30-degree day. Alas, there was no video.

Ugh: The worst thing about the NFL are the crippling injuries. Jay Cutler, who has been playing great for the Bears (7-3), is expected to be out a minimum six weeks with a thumb injury. Ray Lewis of the Ravens is expected to miss significant time, hurting their defense. Peyton Manning has missed the season, while the Texans' Matt Schaub is out and won't get a chance to lead Houston to its first playoff berth.

Wash your mouth out: This is college football, but Lee Corso of ESPN apologized for dropping an f-bomb live on the air yesterday while broadcasting from the University of Houston. It's most interesting thing he's said all season. 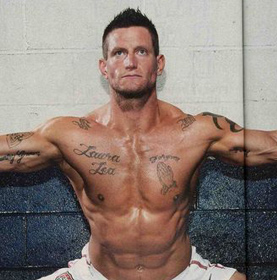 Hot player of the week: So much for punters being the wimps of football. Check out the body on Giants punter Steve Weatherford, as featured in the current Men's Fitness. He is 6-2, 211 pounds with 5% body fat.