Share All sharing options for: Deion: 'Six people trying to hit that Blount!' 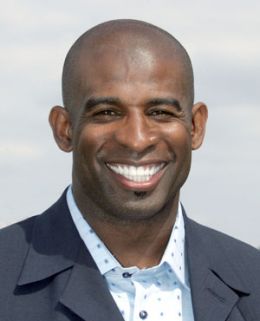 He was talking about Tampa Bay running back Legarrette Blount, but methinks a double entendre was racing through Deion Sanders' head. On Sunday he unleashed quite possibly the best line of NFL analysis I've ever heard when he said six Packers were all "trying to hit that blunt."

Deion probably thought of it in August and has been waiting...waiting!...to unleash it. Just another reason NFL Network has far and away the best NFL coverage on TV. If only their game crew was this good. Video after the jump.