NFL Week 12: Bite my tongue, but Tim Tebow is good for the NFL

Share All sharing options for: NFL Week 12: Bite my tongue, but Tim Tebow is good for the NFL 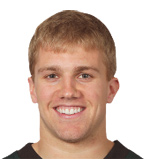 Tebow is making the Broncos relevant; Peyton Manning just one of several key QBs out; Suh needs to sit; an idiot wide receiver; here come the Cowboys, hot player of the week.

Lord knows we've dumped on Tim Tebow a lot lately, and it has generated a lot of comment, pro and con. But, his religious fervor aside, Tebow has been terrific for the NFL, spicing up an otherwise average season. Love him or loath him, people want to watch Tebow and his play as quarterback is as controversial as his persona. He has people paying attention to the Broncos for the first time since the John Elway days.

Tebow can barely throw -- and the Broncos don't let him do it much -- but Denver keeps winning with him behind center. Tebow is 5-1 as a starter this year, four of them comeback wins. The latest was the 16-13 overtime win over San Diego. It left Denver at 6-5, a game behind the Raiders (7-4) in the AFC West. The Broncos' schedule is not tough -- Minnesota (2-9), Chicago (without Jay Cutler), Buffalo (losers of four in a row) and Kansas City (4-7). Only the Dec. 18 meeting against New England is truly tough, but that game will be worth watching to see what Bill Belichick conjures up to stop Tebow.

I think Tebow is the 2011 version of the Wildcat. That formation took the league by storm in 2008, befuddling defensive coordinators, but is basically a curiosity now since teams have adjusted. The same will happen to Tebow as an NFL starter, but sports are personality-driven and he certainly gets people talking.

Tebow said he was not watching when San Diego kicker Nick Novak (he of the sideline urination) missed a 53-yard field goal in overtime. This led to this with my friend Billy Witz of Fox Sports.com:

BW: What was the prayer you were saying?

TT: Obviously, I want to win, but no matter happens, good or bad, that I have an opportunity to give my Lord and savior credit

BW: So you weren't praying for him to miss?

TT: I might have said that. (laugh) Or maybe a block. (laugh) Maybe all of it.

That's not very Christian of him, praying for another person to fail. What would He say?

Hurting: This is turning out to be the least interesting season in a decade and it has to do with all the crippling injuries to key players. It starts with Peyton Manning being out all season for the Colts (0-11). With him the past nine seasons, the Colts were a perennial Super Bowl contender and he was the best player in the league over that stretch.
Without him, they are the worst team in the league and will almost certainly have the top pick in the 2012 draft. Manning's absence is the equivalent of the NBA without Kobe. The result is that the AFC is weaker than its been since 2002 and a lot less interesting.

This might seem biased since I am a Colts fan, but even Manning haters watched the Colts if only to root against him. But Manning is not the only big name out. Another AFC South team, the Houston Texans, are down to their third-string quarterback. First Matt Schaub went out for the year and now it looks like Matt Leinart is done after he played a half.

The Texans (8-3) still lead the Titans (6-5) by two games in the division and have all the tiebreakers, so I assume they will stumble into the playoffs for the first time. But they'll be one and done without an effective quarterback. With Schaub and an improved defense, the Texans had a real Super Bowl shot. Even with Leinart they would have been dangerous, but their season will last one more game than the Colts.

With the Texans likely to struggle, look for the Patriots (8-3) and either the Ravens (8-3) or Steelers (8-3) to take the top two seeds in the AFC.

In the NFC, the Bears (7-4) were looking like the one team capable of beating the Packers (11-0). But then Jay Cutler went down and the Bears' chances plummeted. If Cutler can come back for the playoffs, they will be dangerous but his status is still unclear. On the plus side for Chicago, their Christmas game at Green Bay is their only one remaining against a team with a winning record.

Sit him: The NFL will decide this week what punishment to give to Lions defensive lineman Ndamukong Suh, who stomped on a Packer player on national TV on Thanksgiving. I hope it's two games. Suh is a thug and cheap-shot artist and even his teammates want him punished. A former Nebraska teammate said Suh likes hurting people. Football allows a lot of legal violence but Suh has stepped over the line way too many times.

The Lions (7-4) were a team I wanted to root for, given how awful they've been. But they are the league's dirtiest team and that clearly is how they are coached. Now I hope they miss the playoffs and I predict they will. Their schedule is brutal: They play the Vikings (2-9), a win, but their other four opponents are Oakland, Green Bay, New Orleans and San Diego. I see 9-7 and another year of no playoffs.

Idiot: Steve Johnson of the Buffalo Bills is a moron. After scoring a TD against the Jets (6-5), he mocked Jets receiver Plaxico Burress by mimicking himself shooting himself in the leg (like Burress did in real life). Hah, hah. He was penalized 15 yards for excessive celebration, giving the Jets a short field, on which they scored the tying TD.

What's worst, Johnson dropped what might have been a TD late in the game that would have given the Bills (5-6) a comeback win. Instead, it was the Bills' fourth-straight loss, 28-24, and they are done for 2011.

The Jets are still very much in the wild card race, trailing the 7-4 Bengals. New York has a slight schedule edge, with only one game against a team with a winning record. The Bengals have three, though one is against crippled Houston. It will be a close race down the stretch.

Done: So much for the Dream Team. After losing to the Patriots, the Eagles are 4-7 and realistically out of the NFC playoff race. What a comedown from July, when the Eagles were signing big name free agents and adopted a Super Bowl or Bust stance. Well, they've crapped out big time, and will have a major quarterback issue heading into 2012, since it's apparent Michael Vick is not the answer. He gets hurt way too much from his style of play and has never been a consistent passer.

How bout them Cowboys? Dallas (7-4) has won four in a row and have at worst a tie for first in the NFC East pending the outcome of Monday's Saints-Giants game. Dallas has two game left against the Giants, which will decide the division. The Cowboys have not had a winning record in December since 2001, so nothing is certain in Big D.

Hot player of the week: Chad Hall, backup wide receiver for the Eagles caught my eye. Hall played college football at Air Force and signed with the Eagles last week. He's only 5-8, but a solid 187 pounds.