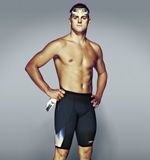 Now that the swimming federation FINA has banned full-body swimsuits as the equivalent of fashion doping, Speedo has unveiled its newest suit that promises faster times. And, as a bonus, will show us more of the swimmer's body. The Fastskin3 suit, unveiled today in London, site of the 2012 Olympics, combines a suit, a cap and goggles.

Speedo claims that swimmers will gain an extra 11 per cent in oxygen economy by wearing the system - allowing them to swim stronger for longer.

It also reduces skin friction drag by 2.7 per cent and full body drag force by 5.7 per cent.

It's unclear what competitive advantage the suit will have, but swimmers like Michael Phelps (a Speedo spokesman) are jazzed about it. Phelps has certainly been working out and it shows as he modeled a suit in London.

The full-body swimsuit caused all sorts of records to be broken, which created an unfair advantage for swimmers who could afford them. They were also a crime against nature since they covered up some beautiful bodies. The Fastskin is a definite improvement. 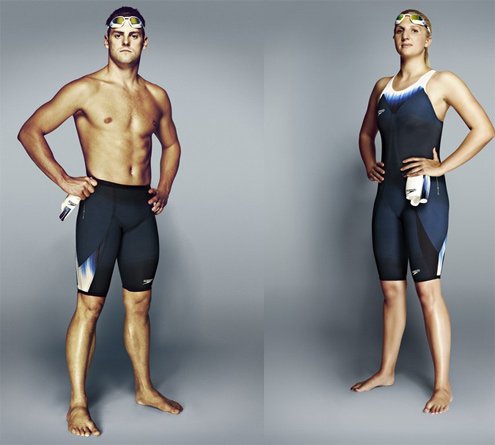