LSU beats Alabama 9-6 in a snoozefest, not the "Game of the Century"

Share All sharing options for: LSU beats Alabama 9-6 in a snoozefest, not the "Game of the Century" 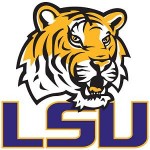 The only good thing about LSU's dull 9-6 overtime win over Alabama in a game the media hyperventilated about all week is that we won't see a rematch in the BCS title game. At least we better not. College football fans don't deserve to be put to sleep again.

I can appreciate a great defensive game and both team's have terrific defenses, but this game was more about missed opportunities and awful quarterback play. LSU won despite its starting QB Jarett Lee being yanked after his last two passes of the night were intercepted. And his backup Jordan Jefferson was pretty much told to do anything but pass the ball. Quite a contrast from a week earlier seeing two future NFL QBs Andrew Luck and Matt Barkley show how the position should be played.

Alabama's A. J. McCarron was not much better and the Tide managed only two field goals despite only punting twice. Bama missed four field goals and McCarron was picked off once. The key play in the game was LSU's Eric Reid wrestling a pass away from Michael Williams at the LSU 1 for an interception off a pass from Marquis Maze in the fourth quarter.

The 15 points were the fewest scored in a matchup between Nos. 1 and 2 since 1946; they should have played it in leather helmets. Since they both play in the same division in the SEC, they can't meet again in the conference championship.

If LSU wins out and either Stanford, Oklahoma State or Boise State go unbeaten, there is no way the BCS could justify vaulting Bama ahead of any of them into the title game. The Crimson Tide lost a home game where it screwed up numerous scoring opportunities, so they only have themselves to blame.