Share All sharing options for: Paris Jackson as good at flag football as Michael Jackson was at the moonwalk 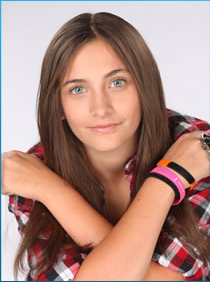 As a big Michael Jackson fan, I found this kinda cool. The king of pop's daughter, Paris, apparently got her father's dance moves and is taking them to the football field. The 13-year-old became the first girl to join her private school's flag football team as a linebacker this autumn. You can follow the actress-athlete on Twitter, where she occasionally Tweets about sports.

Interestingly, Paris Jackson is also the name of a slotback for the BC Lions of the Canadian Football League.