Dear God: Please choose the Patriots to beat the Broncos this Sunday

Share All sharing options for: Dear God: Please choose the Patriots to beat the Broncos this Sunday 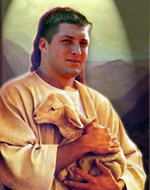 I know you’ll be kicking back in your big pearly throne this Sunday afternoon to watch the New England Patriots take on the Denver Broncos. And who can blame you? Sure, there’s poverty in Africa. Yes, there are floods in the Philippines. Wars in the Middle East? Who cares! You’ve got Tebowmania!

If the Broncos beat the Patriots, 100% of the credit will be given to Tebow. All of the interceptions the defense gets and the yards racked up by the running backs...all because of Tebow. 59-yard field goals? Tebow. He will be lifted up like no other before him. And some people will say he is God himself! It was one thing to beat the injury-plagued Raiders and the injury-plagued Bears and the injury-plagued Chargers. It was brilliant of you to force so many starting quarterbacks and running backs to the sideline to make way for Tebow. But if you choose him to beat the Patriots, people will get confused and think he isn’t just a disciple of you...but IS you. And you don’t want to create that kind of confusion, do you? 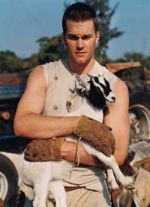 The Patriots quarterback is Tom Brady, who once appeared in a magazine holding a goat. And you love shepherds! They came to the birth of your son, Jesus Christ, in Bethlehem. They risked losing their flocks to witness the baby laying in a manger; After 2000 years, isn’t it time to pay back the shepherds for their trouble by having Brady win this game?

Where were the Tebows when your son was born? Plotting against you, I assure you. Tebow’s parents named one of Tim's brothers Peter. Peter! Of all the names to choose, only Judas would have been more indicative of their true intentions! Peter, who denied your son three times in the court of the high priest! I understand you are a forgiving god…but do you reward those who raise up the name of he who denied your son? It is blasphemy!

Tebow says he prays to you during the games that you will block field goal attempts and cause fumbles. And you have! You have shown your incredible power to change the outcomes of football games! I didn’t believe you would do so, but divine intervention is the only way a quarterback as bad as Tebow could possibly win one game in the NFL, let alone seven!

But in doing so, you have rewarded a man who defies your word. In the Beatitudes you specifically say that people shouldn’t pray in public but should go into their room, “close the door and pray to your Father, who is unseen. Then your Father, who sees what is done in secret, will reward you.” Well I am in my room, with the door closed, praying to you now. Would you answer the over-the-top public prayers of Tebow, whom you call a hypocrite, or grant the request of this humble man in his small room?

You also talk about rewarding the meek. You don’t get more meek than Patriots coach Bill Belichick! He doesn’t seek out cameras or microphones, he quietly goes about his business. You can even hear his distaste for media attention when the microphones and cameras find him. But Tebow seeks out the attention. He is the furthest thing from “meek” you have put on this earth. This is your opportunity to show the world that you will choose the meek, quiet and humble over the loud and boisterous!

And thank you, in advance, for averting the national crisis that a Broncos victory would create.