Denver Broncos refuse to say 'It Gets Better'

Share All sharing options for: Denver Broncos refuse to say 'It Gets Better' 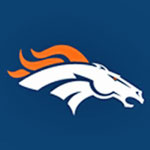 Over 8,000 people have signed a Change.org petition for the Denver Broncos to record an 'It Gets Better' video. But it's not enough, as the team has said they will not record a video in support of LGBT and bullied youth. From the Huffington Post:

"The Denver Broncos are committed to tolerance, acceptance and respect for all in the community," said Smyth. "The National Football League is currently working with USA Network on its 'Characters Unite' campaign combating prejudice and intolerance, and our organization is in full support of that movement to help raise awareness for this very important cause."

The 'Characters Unite' campaign is a watered-down, generic statement against prejudice. In the intro video, no one mentions gay, lesbian, bisexual or transgender people. The CGI words scroll by in the background, but there is no verbal reference. The site's pledge has no reference to sexual orientation and the campaign's mission doesn't mention it. In fact, under the "issues" section of the site it lists various bases for prejudice like religion and gender, but there is no dedicated section for LGBT issues.

It's not surprising the Broncos would go this route. They've built a loyal Christian following with quarterback Tim Tebow, and they don't want to undermine that by actively convincing gay youth to not kill themselves. Tebow has appeared in a national commercial for an anti-gay activist organization, so it's pretty clear the marketing department was all over the rejection of the 'It Gets Better' request.

Instead, the Broncos and the NFL will embrace a weak, generic "can't we all get along, kumbaya" message. I'm not one bit surprised.