LSU-Alabama? One more reason to blow up the BCS

Share All sharing options for: LSU-Alabama? One more reason to blow up the BCS 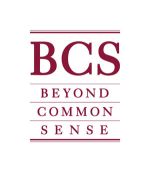 Major college football is the most unsatisfying of our sports, the only one where computers and voters determine who gets to play for the "national title." This is how Nos. 2 and 3 finished in the BCS rankings this year: Alabama, 9419, Oklahoma State .9333, the closest ever between two and three. And thus, because of a few decimal points, we get a BCS rerun, one that should not be happening -- LSU and Alabama.

Didn't these two teams put us all to sleep a month ago? Yep, and yet the powers that be have declared they will play for the title. I have zero beef with LSU. They are unbeaten and played a killer schedule. But Alabama? No. A team that doesn't even make its conference championship should not get a chance to play for the national championship. If the BCS ran baseball, the Red Sox would have been in the playoffs this year just because. The BCS likes to brag that "every game counts," except it didn't in Bama's case. In essence, their loss (at home) to LSU never happened.

Oklahoma State got screwed. The Cowboys won their conference title and played in a conference some say was the toughest in the country. The computer rankings actually had Oklahoma State No. 2, but the coaches poll and Harris Interactive poll, both fraught with human biases and perceptions, favored the Tide. The SEC wins out again.

What's rich is that in 2006, SEC people howled over the prospect of Ohio State facing Michigan in a rematch of their 1 vs. 2 battle, even though Michigan lost by only three (and unlike Alabama this year, that was on the road). Enough voters changed their minds in 2006 and Florida leapfrogged Michigan. Of course, these same SEC people that decried another Michigan-Ohio State game approve of a Bama-LSU rerun; spin is a lovely thing.

In reality, there is no way to say which one-loss team is better, but winning one's conference should factor into it. Using the logic of the BCS, conferences become mini-playoffs, so how Alabama gets a pass is head scratching. The only good thing is that billionaire T. Boone Pickens is a huge Oklahoma State booster and now maybe enough pressure can be applied to scrap the BCS once and for all and finally have a true playoff system to settle who's No. 1.

With the prospects of another Bama-LSU snoozefest on Jan. 9, the most appealing bowl games will both be Jan. 2 -- Oklahoma State vs. Stanford in the Fiesta Bowl and Wisconsin and Oregon in the Rose. For once, I'll watch the undercard and skip the main event since I am not into reruns.