Super Bowl: Battle of the hair

Share All sharing options for: Super Bowl: Battle of the hair 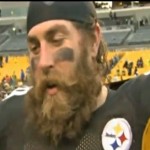 It's Super Bowl week and there's not a whole lot of on-the-field news to report since the teams haven't played in 10 days. So let's talk about hair, long beautiful hair, shining, gleaming, streaming, flaxen, waxen. This might be the hairiest Super Bowl in history.

The Pittsburgh Steelers have two major attractions -- safety Troy Polamalu and his head of hair and defensive lineman Brett Keisel, with the all-time sports playoff beard. Keisel hasn't shaved it since June. The Green Bay Packers have one hairy entrant in linebacker Clay Matthews, sporting an impressive blond ponytail.

Keisel's beard is becoming the stuff of legend and he is having a ball with it:

People are saying that I’m taking beard-enhancing drugs, but I’m not.

As I wrote in Super Bowl for the Clueless, Keisel's beard has its own Facebook page with 20,000 fans. John Branch of the New York Times reports on a website, Keiselbeardme, where you can upload your photo ans have it matched with his beard.

Ben Roethlisberger said of it: "We go hunting, and he hides his decoys in there.” Keisel said as soon as the game is over, the beard is coming off, noting that his wife bought him a razor for Christmas.

Here are photos of Keisel, Polamalu and Matthews. Whom do you think has the most impressive growth? My vote is for Keisel; I'm not a facial hair guy but his is epic. 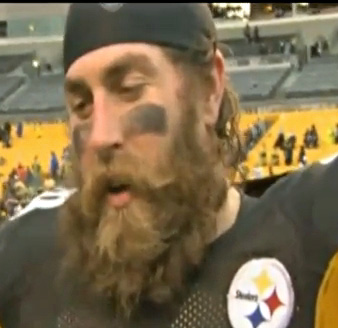 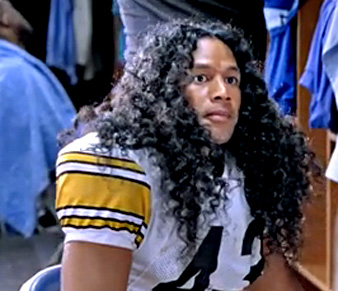 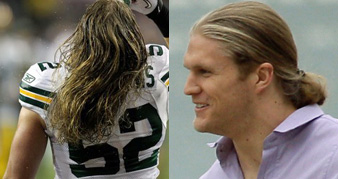