Majority of NCAA trainers are gay-positive

Share All sharing options for: Majority of NCAA trainers are gay-positive 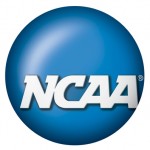 A majority of athletic trainers at NCAA college and universities hold a positive view of of gay and lesbian student-athletes, a first-of-its-kind survey has found. Trainers also dealt with a much higher percentage of lesbian athletes than gay athletes.

The conclusion of the survey of 964 heterosexual athletic trainers, published in the current issue of the Journal of Athletic Training, found:

The majority of those surveyed -- 85.4% -- held a positive or somewhat positive view of gays and lesbians, the survey found. Nearly 15% held negative attitudes. The religious breakdown was interesting: Catholics, Jews and those with no religious affiliation held the most positive views. In the middle were Protestants and nondenominational people. Mormons held the most negative views, but the authors note that only eight trainers identified themselves as such.

The trainers surveyed also said they had worked with more than 4,000 gay, lesbian or bi athletes.

Overall, the results are not much of a surprise. Those who had a close friend or family member who is gay or lesbian (58%) were the most supportive, regardless of age or religion. Female trainers were more comfortable than males. And lesbian athletes are more likely to be out than their gay counterparts (as for the high percentage of those who identified as bi, this might be a case of men who are still resolving their sexual identity). All these results are what we've seen anecdotally over the years.

The authors note that the study has its limitations, including the fact that those who agreed to participate might have been more comfortable answering questions about sexual orientation. I also found it interesting that 11% of the trainers who initially responded were gay or lesbian (they were not included in the final survey, obviously).

The study was conducted by Kristi M. White of Angelo State University in Texas, and Kristine A. Ensign, Athena Yiamouyiannis and B. David Ridpath, of Ohio University.