Share All sharing options for: King of the Hardwood contest to decided the hottest jock in sports

After a year hiatus, the King of the Hardwood contest makes its reappearance on Outsports. David Williams, an Australian rugby player, is the defending champion from 2009. After winning, he said this to Outsports: "I'm speechless! And very honored! It's most definitely better than being crowned 'King of the Softwood!' " 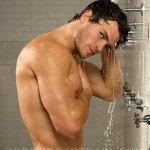 The contest is the brainchild of Mariner Duck Guy, a longtime Outsports poster, who compiles the field of 64, which runs like the NCAA men's basketball tournament, with fan voting in each round. The 2011 field will be announced March 13, but MDG is still seeking proposed entries for this year's crop. Feel free to post them in the comments below.

Here is someone I proposed for this year who is my pick for the hottest jock in sports: 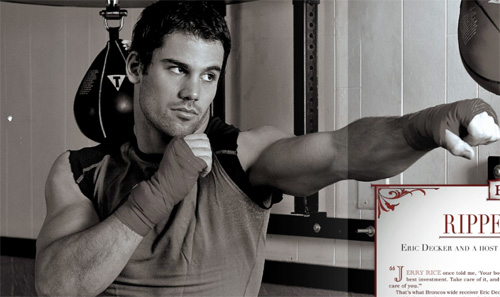 Eric Decker of the Denver Broncos