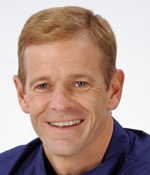 Vidmar, a Mormon, is an active opponent of gay marriage. In the 2008 fight for Proposition 8 in California, Vidmar donated $2,000 to pass the ballot initiative and also protested in public. From the Orange County Register:

Peter Vidmar stood with other demonstrators in favor of the Nov. 4 ballot initiative that would define marriage as being between one man and one woman, undoing a California Supreme Court ruling that allowed same-sex marriages in the state.

Vidmar, who won two gold medals and one silver in the 1984 Olympic Games, says that he is in favor of equal treatment for homosexuals and in favor of Prop 8.

"It's good for our society to stay with a traditional definition of marriage," said Vidmar, a Coto de Caza resident.

This is not the first time the USOC has made a decision antagonizing the gay community. When Dr. Tom Waddell started an international multisport event for LGBT people in 1982, he wanted to call it the "Gay Olympic Games." But he was successfully sued by the USOC, which hounded him for $96,000 legal fees as he was dying of AIDS. The event was renamed the Gay Games. The USOC at the time had no problem with there being events called the "Rat Olympics" or "Dog Olympics."

Thanks to a reader for this tip.