Columnist: F-word as bad as the N-word

Share All sharing options for: Columnist: F-word as bad as the N-word 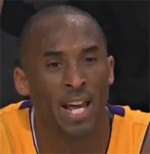 The recent fines in the NBA for Kobe Bryant and Joakim Noah using "faggot" has engendered a lot of talk about language and what is and isn't a slur. Mike Freeman of CBS Sportsline has a provocative column where he says that calling someone a "faggot" is the same as calling a black person a "nigger." Freeman, who is black, is especially critical of African American jocks who use the "F-word" with abandon.

This won't be a popular stance among some of my African-American football acquaintances, but it's a truthful one and it's a conversation that needs to be had.

When black men degrade gays, we are hypocrites. We cheapen our own history and struggles. It remains stunning to me why more African-American athletes (not all by any stretch but enough) don't understand this. When a slur is aimed at us, we feel the impact. So why wouldn't gays?

Freeman asked for my thoughts:

"I find it sad and ironic that athletes from a group long oppressed by language and the power of certain slurs would easily toss them around about another group," said Jim Buzinski, who runs Outsports.com, a site dedicated to the coverage of gay athletes. "There will be people who will argue there are historical differences, and while true, does not somehow make one slur 'more acceptable' than another. Hateful words are hateful words, period."

I would think that Freeman's point is logical and unassailable, but every time this issue comes up we hear people giving a pass to the use of "faggot" and claiming there is no equivalence with other slurs (just read the comments on his column to see this in action).

I am always bothered when minority groups try and out-do each other in claiming the discrimination and oppression they have suffered is somehow worse than what another group endured. This is not a game of one-upsmanship. "Faggot" is used to demean people when myriad other neutral curse words can be uttered, so the speaker of the word recognizes its power to hurt. I hope this becomes self-evident to more people and applaud Freeman for tackling it head on.

I would love to know what others think about this issue since it seems everyone looks at it a little differently.