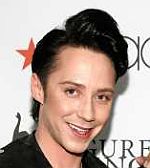 Openly gay figure skater Johnny Weir has condemned the choice of Peter Vidmar to be chief of mission for the 2012 U.S. Olympic team in London. Vidmar is a strong opponent of gay marriage. Weir told Phil Hersh of the Chicago Tribune:

"I certainly wouldn't want to be represented by someone who is anti gay marriage. It isn't just about marriage, it is being allowed equal rights as Americans.

"The fact this man who is very publicly against something that may be represented on the American team is disgraceful.''

Weir is a winter Olympian, so he won't be involved with Vidmar, a 1984 gold medal gymnast who will be the chief liaison at next year's Summer Games. He is, though, the most prominent openly gay current Olympian.

Vidmar said his views on gay marriage would not influence how he treats any gay or lesbian Olympian.

"I fully respect the rights of everyone to have the relationships they want to have,'' Vidmar said in a telephone interview. "I respect the rights of all our athletes, regardless of their race, their religion or their sexual orientation. I will cheer and do all I can, passionately, for every athlete on the U.S. Olympic team.''

Vidmar, a Mormon, actively supported California's Proposition 8, which passed in 2008. He said that he never tried to hide his views on same sex marriage and it appears that the U.S. Olympic Committee was unaware of his stance before it named him chief of mission. When informed of Vidmar's views by Hersh, the USOC nonetheless supported Vidmar's selection, issuing this statement.

"Peter is a tireless advocate for sport in this country and someone who has inspired many with his successes in the world of sport. That is why we chose him as our chef for the London Games. We respect Peter's right to religious freedom, and we understand and respect he fact that many Americans do not share his views.''

This is not about Vidmar's "religious freedom," but about the USOC appointing someone with anti-gay views to represent all Olympians. Weir got it exactly right and it's awesome to see him take a public stance now that he's no longer being coy about his sexual orientation.