Share All sharing options for: Sports agents issue messages of support for gays in response to Uptown Sports 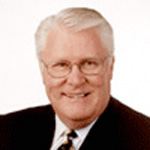 I think they are very small minded comments. The world has changed, and people need to change also. Everyone in the world has rights, and one of the main rights is to have the ability to love and care for whomever you want, no matter race, religion or sexual orientation.

Agent Andrew Warren told Outsports he is a big supporter and a good friend of Patrick Burke:

I absolutely would support any client, friend, or family member who came out. I believe that public support of gay rights in sports will make it easier for those in the world of sports that may want to come out able to do so without apprehension or fear. As a friend of Patrick's, I supported and respected his brother Brendan for leaving an important mark on this issue and I hope more of us in this field continue to develop an environment that is welcoming to everyone.

NHL agent Alec Schall said on Twitter he would welcome a gay client:

There is also a petition at change.org to stand up against Uptown Sports' anti-gay statements.