Baseball at the All-Star break: Time to get serious!

Share All sharing options for: Baseball at the All-Star break: Time to get serious! 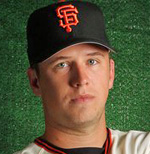 The Major League Baseball All-Stars have been announced so that means if you wear Yankee pinstripes then you are going to the game whether you deserve it or not. More importantly, the All-Star game marks the halfway point of the season so what better time to evaluate the league and highlight some of the good and bad of the past three months.

Two of the biggest surprises of the season are that the Cleveland Indians are still virtually in first place and the Pittsburgh Pirates don't suck. The Indians have the Detroit Tigers breathing down their neck but Cleveland will take it considering they were in last place and almost 12 games out of first at this same time last year.

After 18 straight years of losing seasons, the Pirates find themselves four games over .500 and only one game out of first place. Pittsburgh's pitching staff is the main reason they are still in it but I am afraid it will not be enough for them to surpass and hold a lead over the hot and cold St.Louis Cardinals, the powerful Milwaukee Brewers, or the reigning yet struggling NL Central champion Cincinnati Reds.

What isn't much of a surprise is that the Philadelphia Phillies and their vaulted pitching staff are in first place and have the best record in baseball or that the New York Yankees and the Boston Red Sox are hogging all of the media attention. Everyone knew about the financial woes of the New York Mets, but now the Los Angeles Dodgers seem to be in even worse shape than the Mets by filing for bankruptcy and having baseball operations taken over by Major League Baseball.

The Los Angeles Angels Kendrys Morales will not be back on the field until next year because of a second surgery on the ankle he broke during a home plate celebration in May of 2010. Speaking of ankles, Buster Posey of the San Francisco Giants is out for the rest of the season after a collision at home plate caused him to have ankle surgery and a great debate on catchers blocking the plate has ensued.

Finally, there are two players who come to mind that might as well never started the season. Dan Uggla of the Atlanta Braves and Adam Dunn of the Chicago White Sox are both struggling mightily with the bat. Both players are known for their slugging and ability to change a game with one swing, but fans in Atlanta and Chicago have yet to marvel at the skills that Uggla and Dunn are paid so highly for ... yet you can sense it coming. They are both too good to be playing so poorly.

All of the division races are tight at the moment which means good baseball drama. The trade deadline is at the end of July, so we should start seeing some moves between teams soon and perhaps some of these teams in tight division races will start to distance themselves from the competition.

It may be too early to talk about the wild card but I am willing to bet it will be another nail-biter going down to the last couple of days of the season. The halfway mark is an important time for teams to bear down and sweat out the summer heat, but unfortunately this is also a time when the casual baseball fan starts to lose interest in the game. It is important to let all of your friends and loved ones know that these summer months are just as important as the first three months and that a true fan must remain diligent in support of their team. The playoffs will be here before you know it!