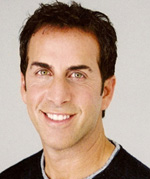 Equestrian, 2000: Robert Dover competed in six consecutive Olympics and holds a slew of riding titles. In 2000, at the Sydney Olympics, he captained the U.S. equestrian team and helped it win a team bronze, his third straight bronze medal.

He was also able to be comfortably out in the sport, as noted in this 2004 Outsports profile by Patricia Nell Warren:

Despite the high visibility, Dover has not felt compelled to hide his sexual orientation in recent years, nor his 16-year relationship with Robert Ross, long-time associate in horseshowing.

Indeed, while baseball and some other sports are still danger zones for GLBT athletes, the equestrian world doesn’t appear to have huge issues with sexual orientation. According to a gay friend of mine, whose horse business gives him a good perspective, remaining homophobes are likely found among “your redneck backyard Western horse owners.” What counts with most people is how good you are with horses.

Dover is still very active on the equestrian scene, acts as a technical coach for Canada’s dressage team and conducts clinics regularly. He also has an extensive website, Dover's World, where he posts blog entries and has an archive of podcasts.