Share All sharing options for: Outsports partners with It Gets Better to highlight videos shot by athletes and coaches 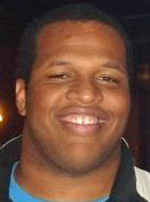 Outsports is excited to announce a new partnership with the It Gets Better Project™. Together the two organizations will feature videos by out LGBT people in sports.

We have begun contacting athletes, coaches and administrators whose coming out stories have appeared on Outsports to make videos, and the response has been enthusiastic. Among those who have agreed are Dave Kopay, Billy Bean and Will Sheridan, along with high school and college athletes. Our first video is by Akil Patterson, a former college football player and now elite Greco-Roman wrestler.

Under the partnership with the It Gets Better Project, we will present the video along with a brief background on the athlete and links. It Gets Better will feature these videos on their Facebook and Twitter feeds and also post them on the IGB site. If you would like to make one yourself please email us.

Both Outsports and IGB encourage participating athletes and teams to take action in support of LGBT youth through Changing the Game, a K-12 sports-focused program of GLSEN, IGB’s partner organization for change in our schools.

The first video is from Akil Patterson, who played college football at the University of Maryland and is now an elite Greco-Roman wrestler whose goal is to make the 2012 Olympics.

Patterson first told his story to Outsports last fall and used only his initials. After coming out to his wrestling circle, he allowed his full name to be revealed this year. His story is a powerful one of a man who fought addiction and loneliness brought on by dealing with his sexual orientation. He was also recently profiled by his hometown paper in Baltimore. Patterson tells how it has gotten better for him: