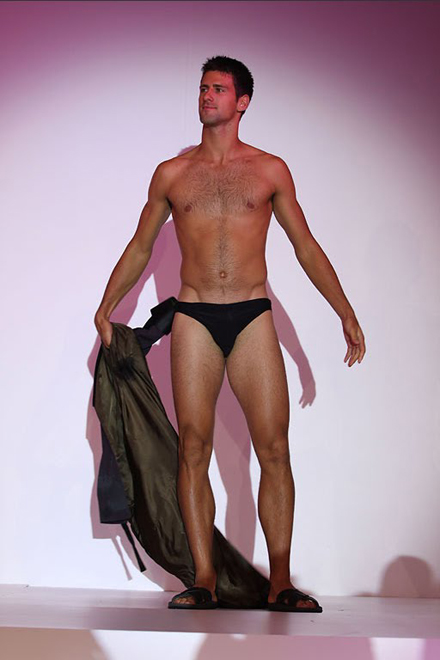 With Novak Djokovic's explosion to the top of the world tennis rankings I went back to an interview I did with Martina Navratilova. In 2007 I asked Martina whom she would want to coach if she could coach any tennis player in the world:

It would have been Novak Djokovic, but he’s in good hands with Marian Vajda, and he’s bringing out the best in him. I had seen him three years ago and thought he had ‘it.’ You can spot it at any level, but certainly when you get to the top level you can start to see if they have the physical ability, and also what they have in the head, which is what keeps so many players from reaching their best.

That was before he'd won a Grand Slam title. He's since won three including two of the last three.

Of course, what else makes Djokovic so special has been his sense of humor and his willingness to strip down to his underwear...