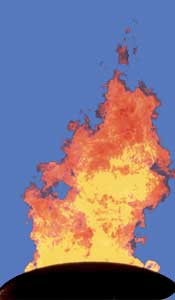 Olympics, 1999. In the early 1960s, rumors swirled around the Soviet and Eastern Bloc Olympic teams that some of the women were actually men. While Avery Brundage requested gender tests as early as the Berlin Games of 1936, it wasn't until 1968 that the International Olympic Committee instituted such tests. But as more became known about gender and a higher cultural sensitivity developed regarding gender identity, the process of gender testing came under scrutiny.

In 1999 the IOC reversed its 30-year policy and scrapped mandatory gender testing (though some groups like track & field's IAAF maintain the right to test, as in the case of Caster Semenya). It opened the door ultimately to transgender athletes being able to compete as women if they followed certain protocol. And most importantly, it removed humiliating tests that put respected athletes in compromising positions. LiveScience.com summed it up well:

Mass gender screening went out of vogue because it failed to catch males masquerading as females, and unfairly screened out women athletes with genetic or hormonal disorders that might flag them as male. Many experts also see the tests as historical relics that became unnecessary due to the strict examination of athletes during modern drug testing.

The Beijing Olympics threatened to bring back widespread gender testing in 2008, but IOC officials assured athletes that would not be the case.