Share All sharing options for: Moment #40: Horse racing's John Damien sues over dismissal for being gay 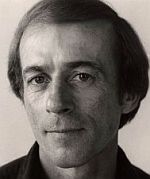 Horse racing, 1975: John Damien, a jockey, trainer and racing steward, was living the good life when he was told by the Ontario Racing Commission that he would not be retained. The reason? Damien was gay. As reported by Xtra in Canada in 2007:

Damien refused: "I won't resign. I've done nothing wrong. Lots of gay people work for the government and sex doesn't interfere with their work, or with mine... I will never resign."

Thus began an 11-year case Damien brought before the Ontario Human Rights Commission, which did not want to hear the case, claiming that sex discrimination laws applied only to gender, not sexual orientation.

But Damien refused to back down from the pursuit of justice, despite being bankrupted by legal debts in 1978. In 1986, Damien was awarded $50,000 in a suit against the racing commission, but he very soon died of pancreatic cancer. The human rights commission then added sexual orientation to its code. Damien proved to be a pioneer:

Damien proved that blatant discrimination in the workplace based on sexual orientation could no longer be tolerated in Canadian society and that court action in such cases would (eventually) succeed.