Moment #56: Supreme Court rules against Gay Games in use of 'Olympics'

Share All sharing options for: Moment #56: Supreme Court rules against Gay Games in use of 'Olympics' 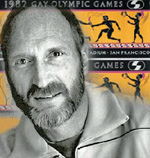 Sports, 1987: When former Olympic decathlete Tom Waddell wanted to start a multisport competition for gay and lesbian athletes, his original name was the Gay Olympics. But that did not sit well with the U.S. Olympic Committee, which sued to stop its use. The USOC suit forced Waddell to change the name of the event to the Gay Games less than three weeks before the first one was held in 1982.

What was galling to Waddell and supporters was that the USOC allowed the Rat Olympics and Dog Olympics to continue while denying the use of the term to gays. In 1987, the U.S. Supreme Court had the final say and ruled in favor of the USOC.

In a 7-to-2 vote, the Court rejected arguments that the committee's broad legal monopoly over use of the generic word ''olympic,'' as granted by Congress, violated the First Amendment's protection of free speech. It also denied that the gay group had a constitutional right to use the word to promote its games to convey a political statement about the status of homosexuals in society. ...

Waddell died of AIDS two weeks after the Supreme Court ruling. But his legacy lives on with the Gay Games, which has been held every four years since 1982 and is now an established event on the sports scene. The USOC has also changed and since the 1990s has had a good working relationship with the Federation of Gay Games.