Tim Tebow stinks, but his Denver Broncos back into the playoffs

Share All sharing options for: Tim Tebow stinks, but his Denver Broncos back into the playoffs 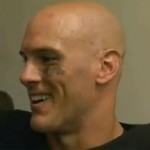 I can't remember a lamer group of wild card games than what's coming up next weekend, especially in the AFC. The AFC – Bengals at Texans, losers of a combined six of their last eight games. Steelers and Broncos, with Denver becoming a division champ despite losing its last three and finishing 8-8, and the Steelers' offense looking lost with a gimpy Ben Roethlisberger.

The NFC looks a bit better: Lions at Saints should be high-scoring, but we saw this game a month ago and the Saints dominated. And Falcons at Giants looks pretty dull. All in all, only the Steelers and Saints look like teams capable of making any noise in the postseason, though the Giants are a team that can give the Packers fits.

All eyes in the wild card week will be on Denver, where Tim Tebow will start his first playoff game. He is a lousy NFL quarterback who could not muster a touchdown Sunday in what looked like a must-win. The Broncos lost to the Chiefs and their former QB Kyle Orton, 7-3, but still won the division when the Raiders lost at home to the Chargers. We've seen teams stumble into the playoffs before and get hot (see the 2008 Cardinals), but it's hard to see Denver beating the Steelers unless Tebow suddenly learns how to throw a forward pass. He was 6 for 22 for 60 yards Sunday. Those are practice squad QB numbers.

It does suck that the Steelers go 12-4 and have to travel to an 8-8 team, but that's a flaw in the NFL playoff system that grants a home game to division winners. I favor reseeding the wild card round, giving the home game to the team with the better record. Under this system, the Falcons and Steelers would be at home next weekend.

Playoffs start: Prior to the season, I picked New England to play Green Bay in the Super Bowl. Given that both teams have the top seed in its conference, I'll stick with that. Of the two, the Patriots (13-3) are the most iffy. They have the worst defense I've ever seen on a playoff team.

They fell behind 17-0 last week to the Dolphins and won, and 21-0 Sunday to the Bills before running off 49 unanswered points. That's fine and a tribute to Tom Brady, but neither opponent is that good. If the Pats fall behind like that in the playoffs to a team like the Steelers, Ravens or Packers, they will be in huge trouble.

The Patriots have won eight in a row, but none of those teams they beat in that stretch finished with a winning record. The playoffs are all about matchups, so a lot will depend on whom New England draws in its first game. If Houston wins its game, the Texans head to Baltimore, a great matchup for the Ravens. That could leave the Patriots having to play the Steelers, a team they lost to in the regular season. New England is still the AFC favorite, but it's a shaky status.

Green Bay (15-1) also has a sucky defense, but it's better than New England's and the Pack has not fallen behind like the Pats have. I just can't see anyone going into Lambeau and winning in January. I expect the NFC title game to be between Green Bay and whomever wins the divisional matchup between the Saints and 49ers.

He's No. 1: Stanford quarterback Andrew Luck will be the top pick in the 2012 draft. The only question is whether he's a Colt or whether Indy trades the top pick for a king's ransom. If Luck is a once-a-generation player, I think the Colts should draft him and have him learn behind Peyton Manning for a couple of years. Others think the Colts should dump Manning, but there is zero chance they do this if he's 100% healthy. He is an all-timer with a lot of good football left and gives the Colts their best chance to win now. Still others say to trade the top pick, but that makes no sense if Luck is head and shoulders above any other draftee.

Collapse: The Lions (10-6) really blew it Sunday, losing 45-41 to the Packers. The loss, combined with the Falcons winning against Tampa dropped the Lions to the sixth seed. This means they have to play at 13-3 New Orleans instead of the 9-7 Giants If Green Bay can roll up 45 points with Matt Flynn, a backup QB, there's no telling what Drew Brees will do. The Lions have been a terrific story this season, but they can't stop the pass and the story ends next week.

Stumbling in: The Texans (10-6) enter the playoffs with a three-game losing streak and no idea who will start at quarterback against the Bengals. Rookie T.J. Yates took a blow to head and Jake Delhomme finished the 23-22 loss to the Titans. The Texans are probably better off with the veteran Delhomme, but he can be a turnover machine. The Texan's advantage is that they are at home and play the Bengals, a weak wild card.

Grounded: The Jets (8-8) made the AFC title game their first two seasons with Rex Ryan as coach and Mark Sanchez at quarterback, but they will be home for the playoffs after finishing the season with three straight losses. Ryan needs to shut up a bit and stop making each game about him and focus on rebuilding his defense. And Sanchez's career is at a crossroads. He regressed this season and looks nowhere near an elite quarterback. There are rumors in the New York media that the Jets will make a play for Peyton Manning. I think it's wishful thinking since a healthy Manning is not going anywhere, but it will be a long offseason for team that thought it was Super Bowl-ready.

Wild card picks: NFC – Saints 41, Lions 20. The Lions can't defend the pass, bad news against Drew Brees. Giants 27, Falcons 17. The Falcons are a bad road team and Eli Manning is on a roll. 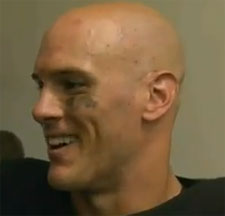 Hot player of the week: I saw Oakland safety Matt Giordano once when he played for the Colts. It was prior to a playoff game and he was leaving the team hotel dressed in a sharp suit. He looked like a million bucks and could have been on a GQ cover. I kicked myself for leaving my camera in my car. Giordano is 5-11 and a sculpted 210 pounds. He has played well for the Raiders and here is a taste of what he sounds like: