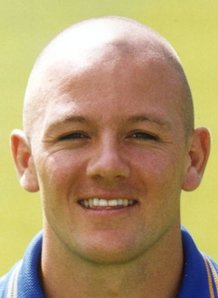 We've called European soccer the most homophobic corner of elite-level sports, so it's great when we see someone in that world take a stand. Oxford City of the Southern Premier League has sacked striker Lee Steele for tweeting a homophobic remark about out former rugby star Gareth Thomas. He said of Thomas' appearance on the UK's Big Brother:

I wouldn’t fancy the bed next to Gareth Thomas. #padlock my a**e

The club posted a statement on their Web site saying:

The Oxford City board have decided to release Lee Steele in view of his recent comment via social media which is considered seriously contrary to the ethos of the club.

I actually feel sorry for him. He made a really stupid mistake, and now he may pay for it with his career. I don't want him Tweeting stuff like that, but in this economy do you want people losing their jobs? I'm not sure that's the most productive way to handle it.