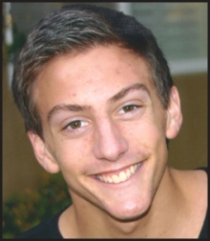 Every time I see a kid has killed himself, I can't help but think about the professional athletes who are closeted. In case you missed it, teenager Jeffrey Fehr killed himself near Sacramento, Calif., on New Year's Day. He was gay, and it's now evident that anti-gay bullying was part of what lead him to suicide. The Sacramento Bee reported:

"We will second-guess ourselves forever," his father said. "But we do know that for years and years, people knocked him down for being different. It damaged him. It wore on him. He could never fully believe how wonderful he was, and how many people loved him."

The occasional athlete has seen this and taken a step forward to help bridge understanding. David Testo, the former Major League Soccer player who came out last year, did so in part because he didn't want to see these stories anymore. Good for him, and we need more like him.

Yet dozens, if not hundreds, of professional athletes in the United States remain quiet. Their coming out can help bridge gaps of understanding in a way so many other voices cannot. Yet they put their endorsement deals and big paydays ahead of helping to save kids life. Shame on them.

I honestly believe that they are putting their own payday ahead of the lives of these kids. May sound harsh, but that's become my line of thinking given there is no good reason for any professional athlete who has been paid to play his sport for five or more years to stay in the closet today. None.