Brian Burke tells PFLAG: My son Brendan was my hero

Share All sharing options for: Brian Burke tells PFLAG: My son Brendan was my hero 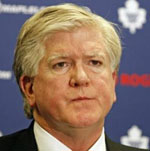 Brian Burke, general manager of the Toronto Maple Leafs, was honored by PFLAG as an "ally" at a dinner this week. Burke's son Brendan was an assistant on the Miami of Ohio hockey team and died in a car crash on Feb. 5, 2010. Brendan's coming out story was told just months prior on ESPN.com. Here is what Brian Burke said in part of his acceptance speech:

A parent’s unconditional love and acceptance of their child is unremarkable, and should be automatic. It deserves no accolades or praise. Make no mistake, the hero here was Brendan. What Brendan did took courage. Coming out in arguably the most macho of the professional sports. Now that was worthy of an award.

Most walls in society have been breached or leveled over time. But not this one – professional sports in North America has no gay presence. And certainly the NHL does not. These walls have not been breached, have not been leveled. Bias, suspicion and prejudice still prevail. Our goal has to be to continue to level these barriers. 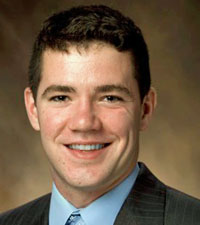 ... My favorite thing about my son telling me he was gay – I didn’t have to take anything back. My children were raised in a home which taught acceptance. This is the first step, practice and teach acceptance. Of the three steps, this is the most important. If everyone practices acceptance, this issue will go away over time.

You should read the entire speech, which was posted on the official website of the Maple Leafs. It's a beautiful statement of a father's love for his son and a challenge for all of us to make a difference.