Sadly, Brendon Ayanbadejo demonstrates how to be a sore loser, holds pity party on Twitter

Share All sharing options for: Sadly, Brendon Ayanbadejo demonstrates how to be a sore loser, holds pity party on Twitter 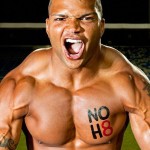 We at Outsports certainly appreciate Baltimore linebacker Brendon Ayanbadejo's NFL-leading advocacy for gay rights. Unfortunately, a Tweet from early this morning has also proven him to be a sore loser. Hours after his team blew a game to what Ayanbadejo deems an inferior team, he held a little pity party on Twitter:

Ayanbadejo has spent much of Monday trashing the Patriots and Giants on Twitter:

@MImbriani the pats schedule was easier then your girl friend

@ProFootballTalk all you giant fans do you think you out played #49ers ? Shit no you didn't. But you got the job done.

@GordonParksIII who made the pats look so bad? The ravens!!! Not the broncos

@Chris_Begley pats didn't lose. There's a difference between not losing it and winning it. Semantics none the less

if you ain't cheating you ain't trying “@marcquez_wing: @brendon310 I saw Gronk give you that little push when you were covering him.”

Give me a break. Those were two equally matched games yesterday. Any of those teams making it to the Super Bowl after what should have been two overtime games would be deserving of their place in the game. If the Ravens and 49ers are so much better than two of the gay-friendliest NFL franchises, then why are their players home sulking? Because they couldn't back up their trash talk.

Frankly, the Patriots got homefield advantage in that game because the Ravens couldn't beat four teams on the road that didn't even make the playoffs: Chargers, Titans, Seahawks and Jaguars. Not sure how you can claim you're a "better team" when you lose more road games than you win. Sometimes games are equally matched. That was the case on Sunday; There wasn't a "better team," there was just one team that won and one team that lost.

It's sad to see someone of Ayanbadejo's stature reduce himself to a pity party. un-Super Bowl? In the words of the great Artie Lange, "Waaah. Waaaaaaaaaaah."