Share All sharing options for: Seimone Augustus speaks out for same-sex marriage in the middle of the WNBA Finals 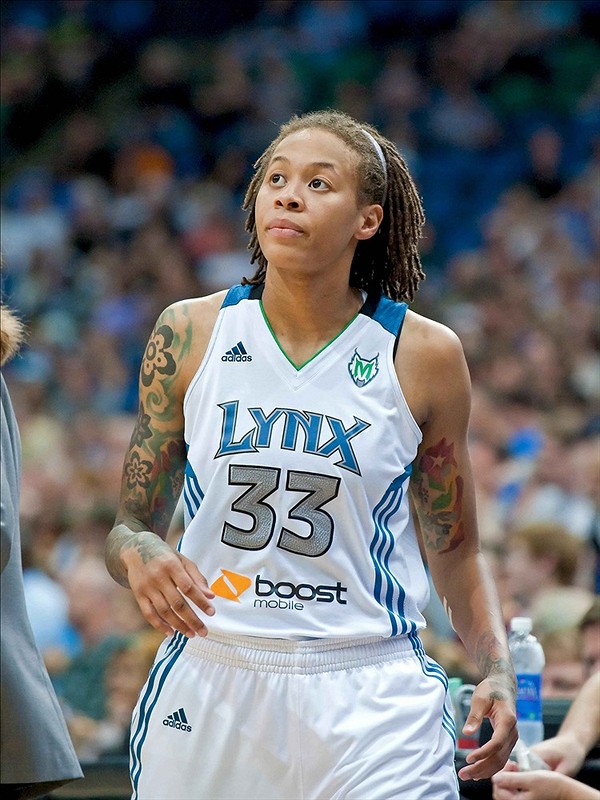 Minnesota Lynx star and Olympic gold medalist Seimone Augustus is speaking out against the Constitutional ban on same-sex marriage headed to Minnesota voters in November (video below). Augustus is engaged to be married and says she doesn't want her state to ban her from marrying her partner, LaTaya Varner.

Augustus is also in the middle of the WNBA Finals as her Lynx team faces off against the Indiana Fever. The Lynx were favored to win the best-of-five series, but Indiana pulled up a big win in Game 1.

This is all great, but I'm not entirely sure Augustus understands what's being voted on, as she said she hopes the referendum passes so she and her fiancee can get legally married next year. In fact, the question on the ballot would put a ban on same-sex marriages in the state Constitution. Either way, it will not legalize marriage. They said Plan B, if Minnesota doesn't pass the law, is to marry in Iowa. Better start making preparations for Plan B....

Augustus also talked with the Associated Press about the differences between female athletes and male athletes coming out:

Everyone thinks that the WNBA is one big lesbo party anyway. So I think the coming out process isn't as tough for us because people already expect it. Now, for the men's side, because there's like alpha-male, ego, for a guy to come out and be an active player, not a retired player, something like that, it would definitely blow up the media spotlight, because then they're gonna go hunt for the next player that's like that.